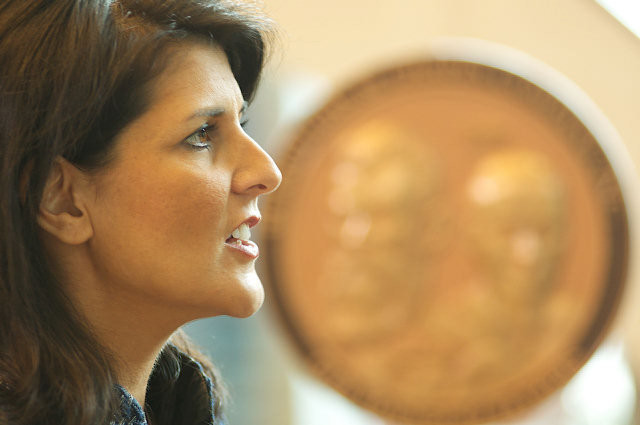 9:10 am on Wednesday October 23, 2013 | Posted by Casey_Grim
Haley stresses importance of constructing I-73 to help bring businesses to Horry County Read

Several new companies have announced that they plans to come to Horry County this year, bringing hundreds of jobs, but Haley told members of the Coastal Carolinas Association of Realtors Monday that it will be difficult to continue to attract companies to the area without there being an interstate.

John Rhodes Mayor of Myrtle Beach said that he welcomes the support that Haley puts behind bring the interstate to Myrtle Beach.

The proposed interstate that which would run from Michigan to Myrtle Beach, was just one of serveral topics constituents discussed with Haley during one-on-one meetings that were held Monday at Myrtle Beach Area Chamber of Commerce, as well as the need for jobs, trouble with illegal immigration, workers compensation as well as other topics.

Connie Starner of Murrells Inlet said that she told Haley that many people don’t even want to vacation on the Grand Strand because they don’t want to drive here on the smaller roads.

Starner said that Haley told her that while she supports the construction of I-73, funding for  the project is something that will needs to be done by U.S. Congress, something she also told those at the Realtors conference about the suggesting the constructing of a connector with Interstate 74 in North Carolina.

Hope on over to the Sun News to read more.