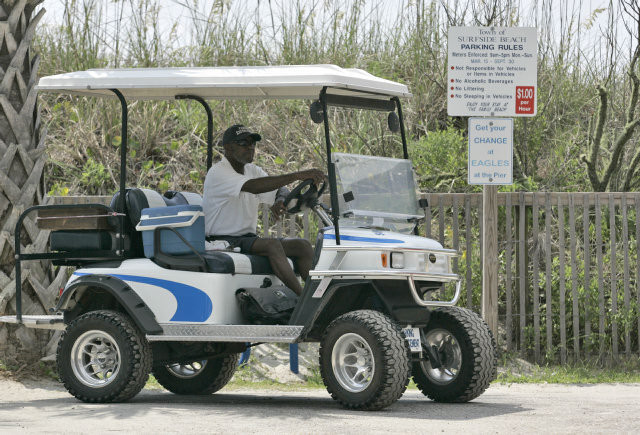 Update:  Visitation will be from 6-8pm on Friday, October 11, 2013 at Ocean View Memorial Chapel. and the funeral service will be held 11am Saturday, October 12 ,2013 at Sandy Grove MB Church.

Orginal Story: Runners in the Horry County Cross Country Championships this upcoming Saturday morning at Socastee High School will have Jon McKelvey to thank for their opportunity to be a county champion.

The cross country meet is one of the things that Jon McKelvey leaves as part of his legacy.

McKelvey, who for two decades through the 1990s and 2000s coached cross country and girls track and field at Socastee High died Monday night at the age of 63 due to congestive heart failure.

Parker states that  “When I got into coaching he was the one I went to for pointers on how to do this and how to do that with track and cross country,”and also that “He was my best buddy. Everybody looked to Jon for advice. If you had a problem, if he didn’t know the answer he’d find it out for you. He took the lead for several years.”

Hundreds of friends as well as former coworkers, students and athletes have expressed their gratitude to McKelvey through post of Facebook. According to McKelvey’s son and one of his three children, Joey McKelvey "“The outreach I’ve seen on Facebook in the last 24 hours alone speaks volumes” and he goes on further to say “I’m very pleased with the life he lived and right now it’s right with my soul.”

Head over to The Sun News to read more on this story. You can read Jon McKelvey's obituary here.

This is indeed a great tool to get the pokemon go cheat online which is very easy to use when we need free pokecoins.