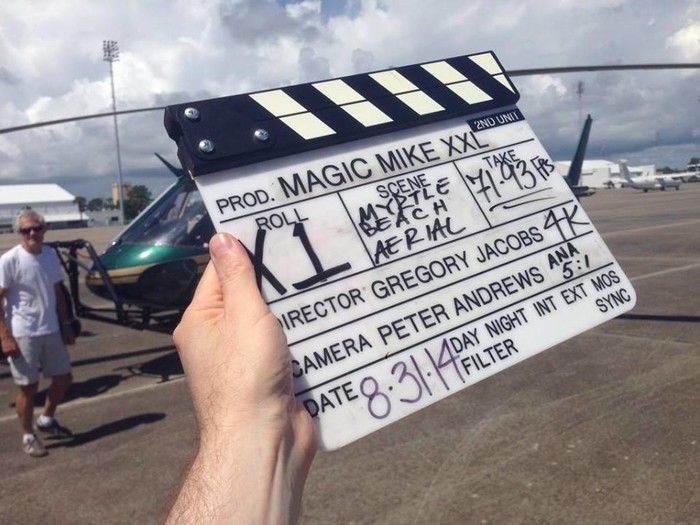 But, we have info that the Magic Mike XXL crew were shooting aerials of Myrtle Beach over Labor Day Weekend. The filming of the sequel is taking place down in Savanna, GA. However, the plot line location for the movie is rumored to take place in Myrtle Beach.

Looks like Myrtle Beach will be featured in the new film, but not shot here. Maybe some better tax breaks for Hollywood is in order for the state?

Men, have no fear, your women are safe from Channing Tatum...for now...

WBTW.com spoke with a  spokesperson from the production company involved with the sequel and actors would be in town filming in October.

And another little Update:

Wanna be IN the film? Head over to the Facebook Page 'Magic Mike Sequel Extras Casting' for info on how you can get in on the action. Or Email a photo, your telephone number and email address to MagicMikeExtras@gmail.com -they are looking for Savanna locals but they're going to need some Myrtle Beach locals, right?

File Manager app would see you stored data on your device, now click on File Manager and tap on downloaded ShowBox app apk file like below. showbox app

Xender is an amazing app, you can run xender on laptop for free. xender apk is an awesome alternative to shareit and can be used to transfer files from one mobile to another.

But in my opinion, this app makes batteries wasteful because we have to open it simultaneously with Pokemon Go. Features of this application is quite complete. We can set notifications for pokemon that we wanted.
pokemesh

Once the application is launched, give it a few minutes to update the catalogue, so do not worry if the movie you want to see at the moment is not available. Showbox Each day new servers are added and new titles become available. Not bad for an app that is completely free of charge! ShowBox