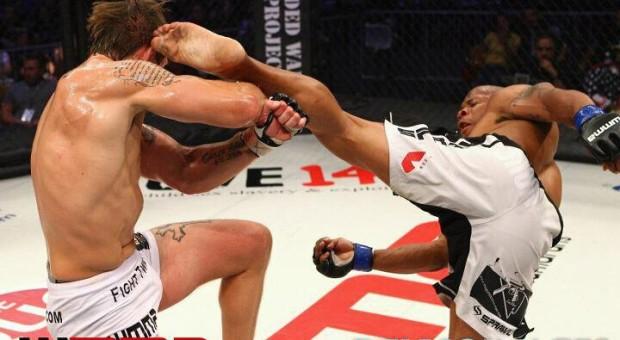 This event will take place at the House of Blues in North Myrtle Beach on June 21st, 2013, doors will open at 5pm and the fights will start at 6pm!  WFC 9 will feature an unprecedented 3 World Championship Fights!  Including local and UFC veteran Nissen Osterneck vs. Hector "EL TORRO" Urbina in a re-match from Warfare 6, the second title fight is in the Light Heavyweight division which will be contested by 2 of the best 205lb fighters in the world!  UFC and Strikeforce veteran Rodney “SHO NUFF” Wallace vs. Aaron “TEX” Johnson, Johnson is coming straight from a BIG victory in Bellator straight to the WFC stage! The third title fight, Justin "TANK" Scoggins, arguably the best Fly-Weight on the planet will defend his WFC World Championship for the second time against his toughest competition yet, Len Cook.

The Live-Public Weigh-in will be on Thursday June 20th 7pm at Broadway Louie's at Broadway at the Beach.  Here you will be able to cheer-on your favorite fighters as they square off with their opponents for the first.

The Official After-Party will be held at Club Boca at Broadway at the Beach immediately following the fights.  Here you will be able to celebrate the victories with your favorite fighters!