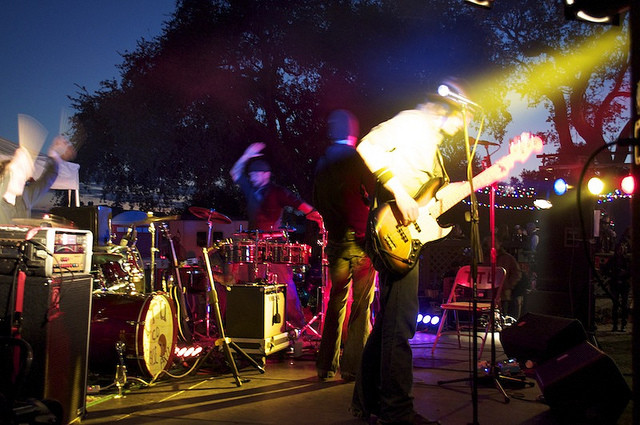 Popular local band Ten Toes Up is calling it a day. After Five years of playing shows and recording albums the band members are parting ways..for now. The band says they are just taking a break to focus on side projects.

Here's what they had to say i their latest -and possibly last email blast:

It is with heavy hearts but optimistic eyes towards the future that we announce the last two shows for Ten Toes Up. We’ve spent over 1,000 nights performing in front of some of the most amazing people. It’s been a journey filled with highs, lows, laughs, and tears; all to the soundtrack of the music we love. It would be impossible to thank all of the family and friends who’ve helped us throughout this nine year experience. Just last year we released a record that was possible only because of the support of our fans. We will never forget all of the couches we’ve slept on, the late night open kitchens, the studio care packages, the Christmas presents, the discounted medical help that kept us going (we’re looking at you doc), the endless Penelope fixes (our truck), the cookies, the Fireball shots, the understanding of what happens after too many Fireball shots, and the countless miles people have traveled to see us and listen to the music we made.

To celebrate the amazing experiences we’ve had we’re throwing one more party. We’re affectionately calling it "The Last Stumble". A waltz seemed too formal and those who know us best would agree that only a tongue-in-check named event would suffice. The first weekend in January we are playing two nights at the Dead Dog Saloon in Murrells Inlet, SC. The first night will be Ten Toes Up and friends. We’re inviting many of the musicians who’ve played with us over the years to sit in for a song or two. The second night will be all TTU songs from throughout the years. We’ll be selling all of our cds and t-shirts for cheap and the Carolina Mess girls clothing line will be for sale also. So please join us in celebration for one more weekend of music.

Ten Toes Up has three remaining shows in 2013; December 20th at Wahoo's in Murrells Inlet, the 21st at the Chuck Wagon in Sumter, and the 31st at PIT in Pawley's Island.

The bands last two shows on January 3rd and 4th at Deaddog Saloon in Murrells Inlet are being called “Last Stumble”. For more details on the shows head on over to their Facebook page.

It's not a secret that I've been a fan of TTU for a while, below is a video I shot a while back...