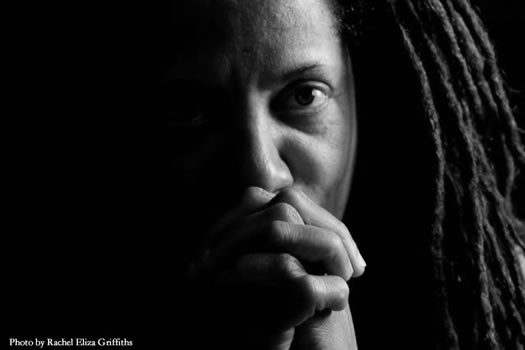 Nikky Finney will give plenary tomorrow, April 2, and be part of a panel today at 12:30 p.m.

Nikky Finney, South Carolina native and National Book Award-winning poet, will be visiting Coastal Carolina University as part of the 2014 Celebration of Inquiry March 31 through April 2. Finney will appear in a panel discussion on Tuesday, April 1 at 12:30 p.m. in Wheelwright Auditorium, and give a talk on Wednesday, April 2 at 4 p.m. in Johnson Auditorium. April 1’s discussion will be ticketed, but no ticket is required for Finney’s talk on April 2.

Born originally in Conway, South Carolina, Nikky Finney spent her childhood around the state. As the child of activists, she came of age during the civil rights and Black Arts Movements. At Talladega College, nurtured by Hale Woodruff’s Amistad murals, Finney began to understand the powerful synergy between art and history. Finney has authored four books of poetry: Head Off & Split (2011); The World Is Round (2003); Rice (1995); and On Wings Made of Gauze (1985). Head Off and Split was awarded the National Book Award in poetry. Each of her works blend activism with art, history and art, the personal and political.

The 2014 Celebration of Inquiry is a four-day conference that runs from March 31 through April 3. Finney will be appearing beside other invited speakers, presentations and entertainment based on the theme “The Human Spirit: Overcoming Adversity to Accomplish Greatness.” The community is invited to attend at no charge.

Free tickets for April 1's event can be obtained at the Wheelwright Box Office (108 Spadoni Park Circle, Conway, SC 29526). No ticket is needed for the free and open talk on April 2.

Head to the source at youtube.com