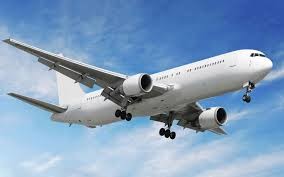 A Pennsylvania company that makes aerospace products will be moving its corporate headquarters to the Myrtle Beach area according to economic development officials.

In a prepaired statement from Horry County Council Chairman Mark Lazarus he said "Horry County is proud to welcome a new, high‐tech company locating to the Grand Strand area,” and goes on further to say . “Congratulations to our economic development team for the role it played in locating the headquarters, investment and jobs to the area. 2013 continues to be a great year for job creation and increased economic diversity in our community."

The deal does not include any local incentives, but will bring 51 new jobs to the area,according to Brad Lofton, president of the Myrtle Beach Regional Economic Development Corporation (EDC). The positions have an average hourly wage of $15.98.

Elm Street Associates will spend $3 milliont to build a 45,000-square-foot facility located west of the Intracoastal Waterway, which should be completed next year, according to the EDC’s release.

Although Elm Street Associates won't be receiving any local or state grants, they can apply for state tax credits.

Head over to My Horry News to read the whole story