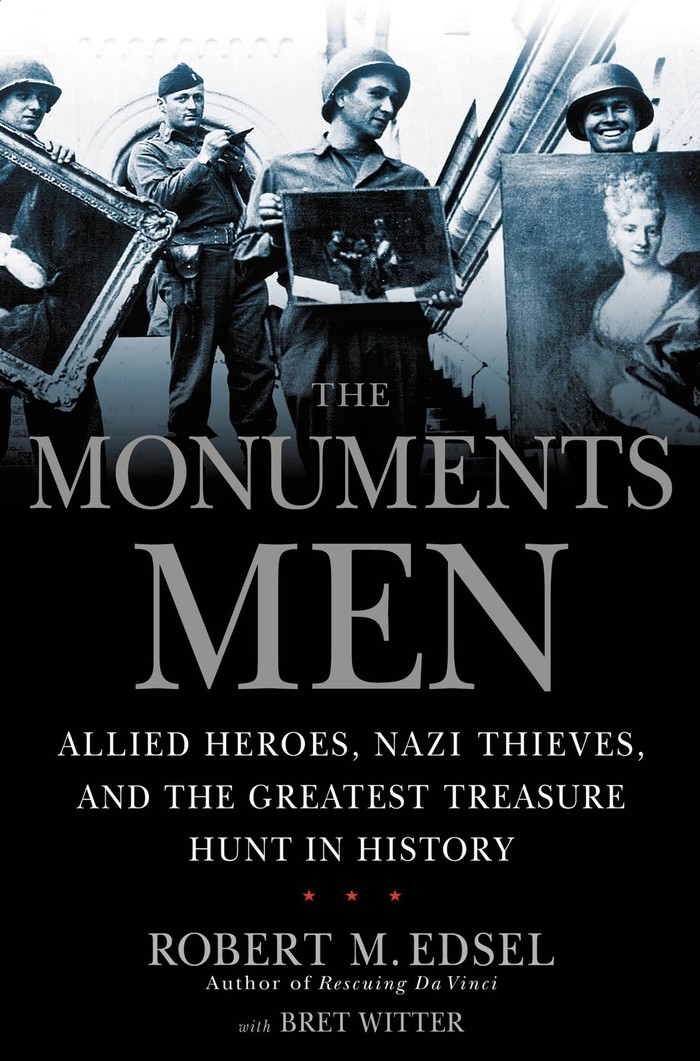 9:53 am on Friday January 31, 2014 | Posted by The Citadel
Educators invited to bring classes to free presentation from author of Monuments Men

The all-star comedy-drama, The Monuments Men, being released across the nation on Feb. 7 has more than one local tie. The film, which was directed by George Clooney, stars Charleston's hometown star, Bill Murray. The second connection is that Robert Edsel, the author of the book on which the film is based, will be coming to Charleston to for a lecture and book signing event presented free for the public on April 3, at The Citadel's McAlister Field House.

Edsel's book, The Monuments Men: Allied Heroes, Nazi Thieves, and the Greatest Treasure Hunt in History, is about the men who rescued and returned millions of cultural items stolen by Hitler and the Nazis during World War II. Edsel's lecture will include more than 100 slides, anecdotes about the real Monuments Men and details about lobbying Congress to pass a resolution recognizing the achievements of the Monuments Men. The presentation will be followed by audience questions and a public book signing opportunity.

There is no admission fee for the lecture, which will begin at 6:30p.m. Middle, high school and college groups are encouraged to attend. Veterans will be provided with floor seating. Edsel's presentation will be preceded by a 5:30 VIP cocktail and private book signing event that requires a ticket purchase.

This event is sponsored by The Citadel's college of Humanities and Social Sciences, through the direction of the college's new fine arts Minor and Fine Arts Series. For more information or to purchase tickets, please email tiffany.silverman@citadel.edu.