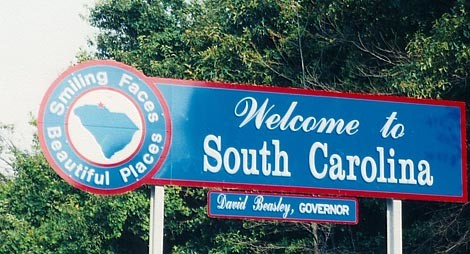 Update November 20: The Post and Courier has followed up. Of interest is their timeline of the town's battle to exist, and a link to the full ruling.

Original post: For one of the first times, the Town of James Island has won in a lower-level court about its right to incorporate. The last two times the town tried to incorporate, the City of Charleston won in the lower courts.

The town is taking this as a good sign.

Read more stories on this subject in our Town of James Island topic page.The City of Charleston has fought the incorporation of James Island many times before saying that the town does not have sufficient legal right to exist, and must rely on laws tailored to its specific situation.

But the war will rage on to the state Supreme Court. Charleston's Mayor Joe Riley issued this statement in an e-mailed press release:
We have just received a copy of the order of Judge J. Cordell Maddox, Jr. in the Town of James Island lawsuit. Judge Maddox has ruled in favor of the Town. We are, of course, disappointed but believe that our positions are correct and therefore hope that we will prevail before the Supreme Court of the State of South Carolina.

In 2006, the City of Charleston initiated a lawsuit challenging the incorporation of the Town of James Island and challenging the constitutionality of a new law which allowed disconnected portions of territory to connect to form new towns across existing municipalities.

This decision does not change the status of any property in the City of Charleston on James Island.

Tim Domin and Frances Cantwell did an excellent job in presenting our case. There are important issues at stake and they will not be resolved until the Supreme Court issues a decision.

Get lots more info about the ruling and reaction at The Post and Courier.