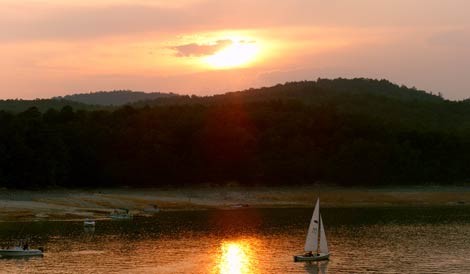 6:01 am on Monday November 17, 2008 | Posted by Ken Hawkins
Who's benefiting from S.C.'s health and environment department?

The State is railing against The S.C. Department of Health and Environmental Control, esseintally calling into question whose side the agency is on: The peoples, or businesses?

I'm not sure if I agree, but it's a pretty interesting argument. Here's their opening lines:
Imagine a state agency that helps developers build in fragile areas close to the ocean — at taxpayer expense.

Imagine an agency that oversees homes for the disabled in which at least three people have died from neglect in two years.

Imagine an agency posting one of the nation’s worst records for cleaning up leaks from underground gasoline tanks — in a state where more than a quarter of residents drink from wells.

Imagine an agency that regulates garbage landfills helping to turn the state into a trash mecca for the Southeast.

Two days of coverage are out, and five more are to come. Go get it at their Web site.

Their second-day piece is pretty good, too: They dig into how the state buries some 25% more waste than it produces since we're so welcoming of out-of-state trash. Go read that piece.

I'll keep reading and update you on any other interesting turns. Watch for Saturday when they look at the new port being built in Charleston.

And, as a side note, I'm glad to see a journalistic cornerstone doing what they do best: analysis. Here's a bit about the project:
Over eight months, reporters Sammy Fretwell and John Monk interviewed more than 200 people, filed dozens of requests for information and reviewed thousands of pages of public documents.

The result is this eight-day special report.