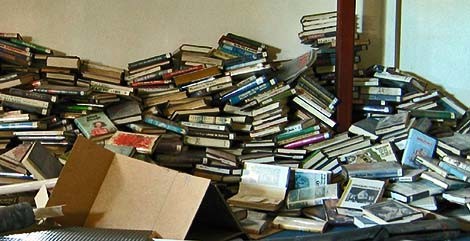 Leaders at many of South Carolina's public higher ed schools have been left reeling from the state's budget cuts. Not only are they bracing for more cutting, they've been left bewildered and scrambling to find solutions.

Read more stories on this subject in our budget cuts topic page.The Post and Courier reports, in part:

Presidents at some of the state's largest schools, still numb from the drastic cost-cutting measures they've put in place since last summer, are bracing themselves for more potential cuts.

But mostly, they're hoping the amount of money they get from the state rebounds so their schools don't lose momentum on the improvements they've made over the past several years.

It's a very good story, well worth a read.

I've been stunned by how readily the state has taken money away from our state's higher education, there's perhaps no better way to attract and fill high-paying intellectually demanding jobs than by having a bunch of smart people around.

With a cut of 17.7% in state funding to higher education, South Carolina is number one in the nation. And we didn't just win, we flew past our nearest budget hacking competition of Alabama which cut 10.5% (source).

All of sudden I'm loving that possible $3.2 billion state bailout.