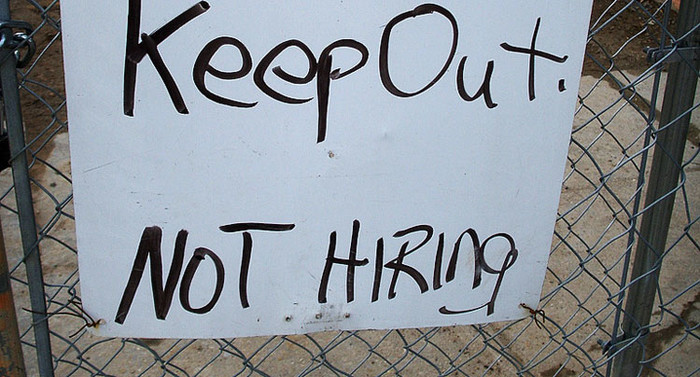 Still, even as these month-old figures shocked, there were glimmers of hope. For starters the number of jobs actually increased as the tourism season kicked in.

In Berkeley, Charleston, and Dorchester counties the unemployment rate fell -- Charleston County had the second lowest rate in the state.

Read more stories on this subject in our unemployment topic page.Here's more about it from the State Employment Security Commission:

The number of nonfarm jobs rose for the second month in a row, gaining 9,700 in April to reach a total of 1,861, 400. Most of the gains were seasonal in nature as warmer weather boosted jobs in Leisure and Hospitality (+6,700), Professional and Business Services (+4,800), and Retail Trade (+800). Job gains were also recorded in Government (+800), Other Services (+900), Educational and Health Services (+400), and Financial Activities (+400). On the down side, Manufacturing and Construction continued their downward spiral losing 1,400 and 900 jobs, respectively, giving further evidence that the recession is not over. The overall job count for April was almost 89,000 jobs below the year-ago level.

Roosevelt T. Halley, Executive Director of the Commission, said the recent job gains are certainly a welcome sign that has helped slow the pace of the recessionary trend. He cautioned, however, that we are not “out of the woods” yet, and that we are likely to see higher jobless rates before the economy begins to improve.