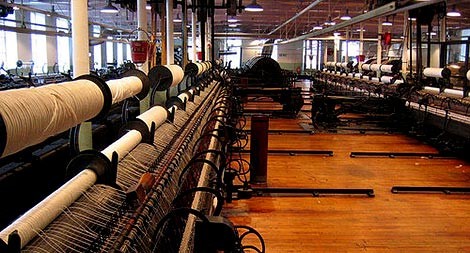 Image by Flickr user Unhindered by Talent Image by 20090131-textile.jpg South Carolina was once all about textile manufacturing and employed some 160,000 in the field, now it employees some 25,000.

The State has a good piece that delves into why South Carolina is having such a hard time with jobs.

South Carolina’s unemployment rate was below the national average in the late 1990s and early 2000s, said Sam McClary, labor market analyst at the S.C. Employment Security Commission. In 2001, after the Sept. 11 attacks, the entire country went into an economic slump.

But when the rest of the country began improving after 2003, South Carolina did not, said Don Schunk, an economist at Coastal Carolina University.

The writer, Noelle Phillips, walks us through the last several decades of employment trends in the Palmetto State and how the latest recession is impacting. While she does a good job of the aforementioned, I really wish she spent a bit more time examining why employers don't want to be here.

With our massive unemployment, and a sinking port, hopefully our state will for once get its act together.