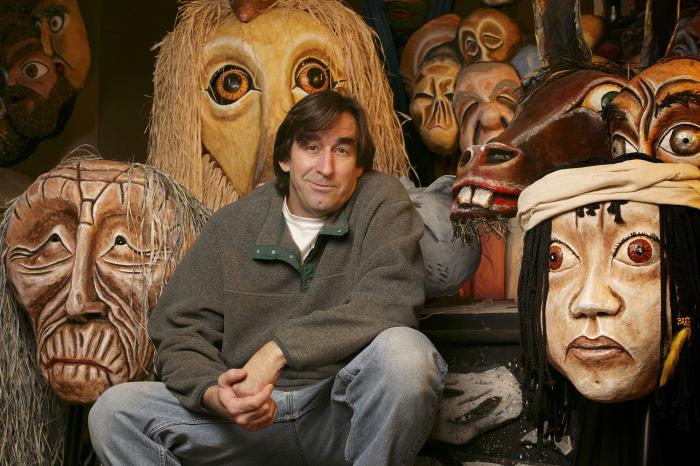 The City of North Charleston’s Cultural Arts Department is pleased to offer two presentations of Gems: The World’s Wisdom Stories by storyteller Doug Berky on Friday, June 28, as part of its Summer Children’s Theatre Series. The one hour performances are scheduled at 10:00am and 2:00pm at the Felix C. Davis Community Center in Park Circle.

Doug Berky weaves together many art forms to create the fabric of the stories from around the world featured in Gems: The World’s Wisdom Stories. He uses the antics of physical comedy, the disguise of the mask, the illusion of mime, and the dynamics of story, to bring laughter and compassion to performances that transcend age, race and culture. Audiences will enjoy stories from classic collections such as Aeosop’s Fables from Greece, The Jataka Tales from India, and stories of Hans Christian Andersen from Denmark. Also included in the performance are stories from lesser known collections of folklore and mythology from Asian, African, Middle Eastern, and Native American peoples. The composition of each performance of Gems is determined by considering the audience, the occasion, and the venue of an engagement, so the two presentations may not be the same.

Doug Berky began his professional training at the Dell’Arte School of Mime and Comedy in Blue Lake, California.  He has performed and taught as Artist-in-Residence throughout the United States, Canada, and Europe in schools, colleges, and festivals and is known internationally for his design and construction of masks. Doug appeared in the award-winning NBC children’s television series, See-Saw, in Portland, ME, and in four television specials for Swedish National Television in Stockholm, Sweden.  He has been the featured performer at events as diverse as The Eugene O’Neill Theater Cabaret Symposium and a national gathering of the National Council of Churches. For more information, visit dougberkytheatre.com.

The Felix C. Davis Community Center is located at 4800 Park Circle in North Charleston. Tickets for each performance are $2 per child with accompanying adults admitted at no charge. Parking is free. Groups of 10+ are required to reserve space. Seats fill up fast, so reserve early by calling the City of North Charleston Cultural Arts Department office at 843-740-5854. For directions or information on additional programs and events organized and presented by the Cultural Arts Department, visit http://bit.ly/culturalarts.