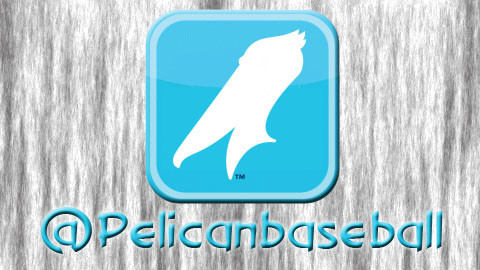 The Myrtle Beach Pelicans are taking over Twitter again.

"Tweet Your Seat" involves fans that can tweet the location of their seat for a chance to win two tickets to the Pelicans' first playoff game at BB&T Coastal Field on Wednesday, September 7. One lucky fan will be chosen from each of the three Birds games Tuesday, August 23rd through Thursday, August 25th.

From 12 p.m. to 1 p.m. on Wednesday, August 25th, the Pelicans are having the final installment of the Pelicans Chatter radio show at Abuelo's at the Coastal Grand Mall. The show will feature a Pelicans player as a guest and during the show, fans can tweet questions that they have for the guest to be answered on-air on 93.9 FM ESPN Radio The Team. After the radio show, a secret password will be revealed on Twitter that will give a $6 ticket to all @PelicanBaseball followers for the Pelicans-Red Sox game at BB&T Coastal Field on Sunday, September 4th.

The "904 Final Push" means for every 100 new followers to @PelicanBaseball on Twitter﻿ from now until September 4th, the Pelicans will take $1 off the price of a Budweiser Thirst Inning Deck ticket for that night's game!

The Pelicans only have two more home games left in the regular season, hop on over to their website for the remaining schedule.

Related: While the Pelicans have been on the road, another sports team has taken over the stadium, The Myrtle Beach Mermen! The Mermen are the fictional team of HBO's hit comedy Eastbound and Down. Make sure to check out our Eastbound and Down coverage on our topic page.