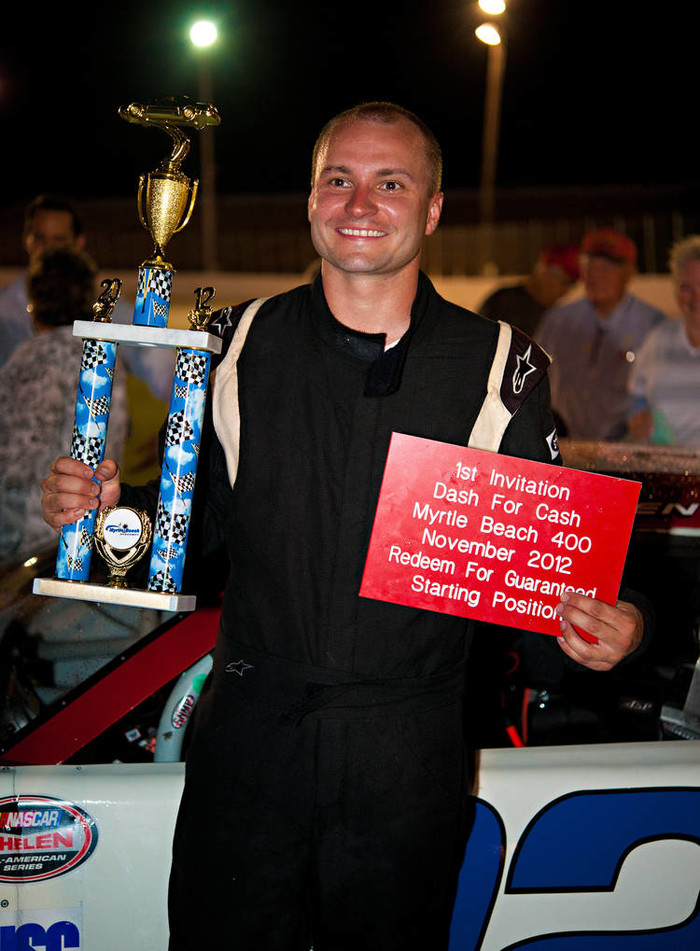 The Myrtle Beach Speedway is sponsoring a food drive tonight.  Any donation of non-perishable food gets you $2 off grandstand admission and an opportunity to win a NASCAR ride along.

Last weekend, Justin Milliken scored his third win of the season in the Whelen All-American Late Model series, at NASCAR sanctioned Myrtle Beach Speedway.  The Shallotte, NC driver started on the front row and passed Georgetown’s Rick Smith, who started from the pole position, for the lead early.  Jake Engle now residing in Conway  after moving across country from El Cajon, Ca was second. He moved past the current national points leader Anthony Anders  of Easley. SC  late in the race,  Anders went onto finish third.

After Milliken's second win of the season at the 100-lap race on the May 31, 2012, he was guaranteed an invitation to the Myrtle Beach 400, to be held on November 18, 2012.  That invitation will allow him to race in the "Dash for Cash" and start in the top seven positions.

Racing tonight are Late Models, Mini Stocks, Chargers, and drifting.  Gates open at 5 p.m., practice is at 6 p.m., and qualifying is at 7 p.m.  Click here for ticket pricing.