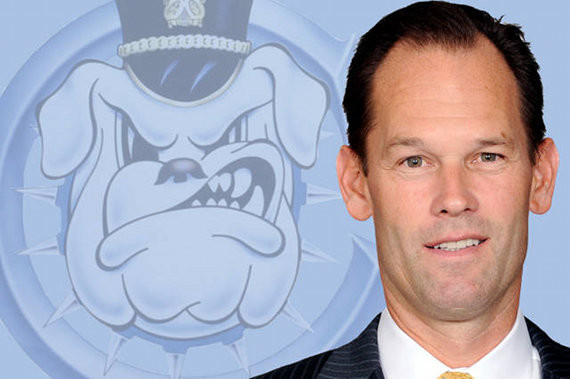 Chuck Driesell has been chosen as The Citadel's new head basketball coach.

Driesell is an academic All-ACC shooting guard and Maryland alumnus who brings 20 years of successful collegiate coaching experience to The Citadel. He has posted an overall head coaching record of 152-131.

Here's some background on Driesell:

Driesell joined the Maryland staff after serving as head coach at Bishop Ireton High School from 2004 to 2006. Prior to his stint at Bishop Ireton, he was an assistant coach and recruiting coordinator at Georgetown University in 2003-04.

Driesell spent six seasons (1997-2003) as head coach at Marymount University (Division III) in Arlington, Va., where he guided the Saints to an 88-72 mark. In 1999-2000, he led Marymount to the Capital Athletic Conference Tournament Championship and its first Division III NCAA Tournament appearance. Driesell also served as assistant athletics director at Marymount from 1999-2003.

Before arriving at Marymount, Driesell spent nine seasons as associate head coach at James Madison under his father, 'Lefty' Driesell, where he helped guide the Dukes to unprecedented success. From 1989-94, JMU either won or tied for five consecutive Colonial Athletic Association regular-season championships (the only team in the country to do so at the time). The Dukes captured the 1994 CAA Tournament title and advanced to the NCAA Tournament, where James Madison lost to eventual national finalist Florida, 64-62. JMU compiled a 159-111 record (85-45 CAA) and made four postseason appearances in nine seasons under the Driesell.

As a four-year letterwinner at Maryland from 1981-85, Driesell was part of four postseason teams under his father's leadership, earning Academic All-ACC honors. The Terps won 85 games during his career, while making three NCAA Tournament appearances and capturing the 1984 ACC Championship. The Silver Spring, Md., native was also an ACC Honor Roll selection three of his four years at Maryland and graduated with a B.S. in business marketing in 1985. Following graduation, Driesell began his coaching career at the United States Naval Prep School, where he amassed a 40-29 record from 1985-88.

Read all about the new hire at The Citadel's official athletics page.