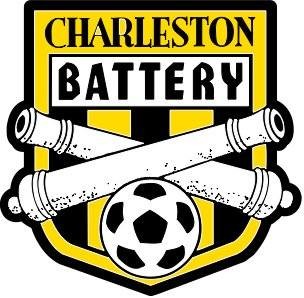 2:06 am on Sunday May 8, 2011 | Posted by Ken Hawkins
Charleston Battery slips to third with loss at Rochester Rhinos

The Friday night's tie against the Pittsburgh Riverhounds﻿ promoted the Charleston Battery to second﻿ in the league, but now a 1-0 loss to the Rochester Rhinos on Saturday ﻿drops the Battery to third position in USL PRO's American Division.

The game was held at Sahlens Stadium in front of 4,936 with the lone goal deflected in off Battery goalkeeper Keith Wiggans in the 24th minute after Rochester midfielder Tony Donatelli's volley bounced back off the goalpost.

Wiggans will feel a little unfortunate not to have earned a second consecutive shutout, as the Battery defense limited Rochester to a handful of scoring chances.

After a bright start, the Battery came close to taking the lead in the 18th minute, but midfielder Alex Caskey saw his driven shot rise just over the cross-bar.

Minutes later, the game turned as Rochester worked the ball to Donatelli just inside the box. Donatelli hit a first-time volley that struck the post as Wiggans dove across to his right. The ball bounced into the back of Wiggans, who could not prevent it from deflecting into the goal.

Charleston fought hard to find an equalizer with the best chance coming in the 89th minute as Dane Kelly whipped a cross in from the left side. Defender Mike Zaher out-jumped his defender, but his glancing header looped over the bar.

The Battery returns home next Friday night to take on the expansion side F.C. New York at Blackbaud Stadium; gates open at 6 p.m. with kick-off set for 7:30.