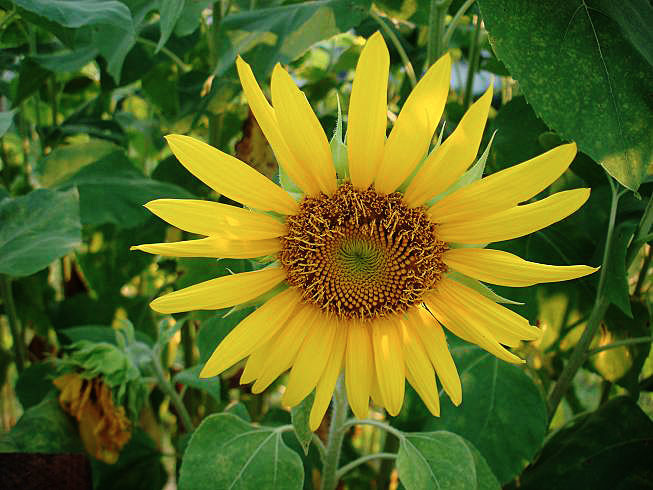 7:38 am on Sunday November 29, 2009 | Posted by Ken Hawkins
Can't buy a home? Well then do what Windt did: Make a banana plantation in North Charleston

Image by The Banana PlantationImage by 200911290ban.jpg The Post and Courier has more shots of the garden. It's a pretty impressive transformation, especially when you consider how it first looked.

You gotta love it: A guy who wanted to buy some land finds an empty lot in North Charleston's sketchy Union Heights community and makes a banana plantation.

Read more stories on this subject in our garden topic page.And it's not just bananas, Eric Windt also has okra, tobacco and others growing in his urban garden oasis.

To be clear, the size of it is on the smaller size with the land being large enough to only hold an ~1,000 square foot home, still it remains a curious oddity.

A bit about his efforts, from his blog:

I arrived in Charleston, South Carolina from Athens, Georgia in late July 2007. Having just left my own “plantation” of sorts, I knew that I needed to continue this tradition in my new surroundings (or go crazy being holed up in my apartment). ...

Quite by accident, I happened upon the quarter acre of land at the corner of Joppa Avenue and Cosmopolitan Street, in the Union Heights subdivision of North Charleston. It had belonged to an old woman who passed away, and her family was apparently not interested in holding onto it. An executor appointed by Charleston County conducted the sale, and it was a fantastic bargain. ...

Through Spring 2008, the trash was removed, the overgrown vegetation was chopped down, and the land was basically reclaimed from the brink of Armageddon. I built fences and a shed, ran water lines, laid a driveway, and planted all manner of things (including, of course, the bananas) – slowly turning this focal point of urban blight into a ghetto garden paradise. The photo gallery shows some of this transformation.

You can learn all about it in The Post and Courier's fine article and then hop over to the Plantation's blog to dig deeper.

Also worth pointing out that North Charleston's mayor turned down Windt's efforts to expand his efforts saying, in The Post and Courier, that his efforts are "not going to bring in new housing."

I'd have to wonder about that, I'd argue it's efforts like those of Windt's that make folks want to live in such areas, certainly more so than empty lots with waist-high grass.