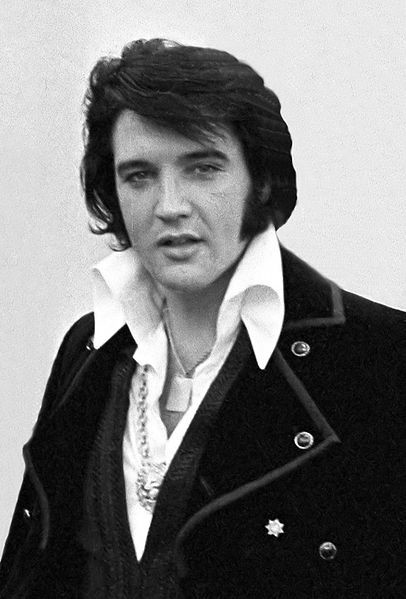 Elvis Presley performed three concerts in Charleston in 1956, as his musical career was taking off like a rocket with a new musical style that would shape the future of rock and roll. Gordon remembers, as a young teenager, waiting in the long ticket line for Elvis’s first film, “Love Me Tender,” and the electrified excitement as “Heartbreak Hotel” swept radio airwaves. Most of our generation enjoyed Elvis songs and movies, which became more attractive because Elvis’s style so alarmed the grownups! We visited Memphis recently and found Graceland crowded with memorabilia and Elvis fans.

Elvis’s beginnings were humble. When his father was arrested and sent to jail for changing a check, they lost their home and later in Memphis, they lived in public housing. An early music teacher told him he couldn’t sing and schoolmates considered his music “hillbilly trash.” Later community performances were successful and he did not give up. After graduating from high school, he began driving a truck for Crown Electric. Some musical groups he auditioned for urged him to keep driving the truck.

Elvis had great talent, but his rise to stardom was partially due to his ability to break from old patterns. As Rita Brown says, “Insanity is doing the same thing over and over again but expecting different results.” Unable to find a musical group who would hire him, Elvis broke with conventional wisdom and went to Sun Records, one of the best studios in the region. After much negotiation, he recorded, “That’s All Right” and “Blue Moon of Kentucky.” His unique combination of country, rockabilly, blues, rhythm and blues and gospel would shape the history of rock and roll.

Elvis soon caught the eye of Colonel Tom Parker, one of the best musical promoters in the business. Making another break from the past, Parker became Elvis’s manager. Elvis was signed on with RCA Victor, who bought out the recordings of Sun Records. This resulted in major hits like, “Blue Suede Shoes” and “Hound Dog.” Elvis was sought after for television variety shows, although his rockabilly hip gyrations drew criticism from those who feared Elvis was corrupting the nation’s youth. His first movie, “Love Me Tender,” came out in 1956 and Elvis purchased Graceland in 1957 for himself and his parents.

Elvis quietly served his county in the U. S. Army from 1958 to 1960. He asked for no favors, and emerged as a U. S. Army Sergeant. He met his future wife Priscilla Beaulieu in Germany, although their marriage would not occur until 1967. Upon Elvis’s return, hits continued.  Another break away was from 1960 to 1968, as Elvis began to make movies such as “G.I. Blues,” “Viva Las Vegas,” and “Girl Happy” with follow up albums. The film and album strategy was very successful but by 1968 the hits had dwindled. Elvis was in trouble.

Presley and Parker broke away again by shifting gears with a comeback performance in Burbank, California. Critics raved that the dynamic performer was back.  Hits like, “If I can Dream,” “In the Ghetto,” and “Suspicious Minds” followed along with his gospel album, “He Touched Me.” In 1973 Elvis and Priscilla divorced.

Despite continued musical success, Elvis’s life began to unravel. He began to overuse prescription drugs, gain weight and lost his forward momentum. He missed many scheduled performances. Elvis was found dead of heart failure at Graceland in 1977. In 1976, his song “Hurt” preceded his death. It is about his great pain over losing Priscilla.

Elvis had opened the way for the commercial success of blues, rhythm and blues, rockabilly and gospel and today the sounds of many cultures come to life in rock and roll music.  He publically acknowledged his debt to African American musicians and they acknowledged their debt to him. Over 600,000 fans visit Graceland every year to honor the King of Rock and Roll and his music lives today. As we left Memphis, we thought about the truth of Elvis’s statement of introduction to Sun Recording Studio: “I don’t sound like nobody.”

Gordon Mercer is past president and on the Board of Trustees of Pi Gamma Mu International Honor Society and professor emeritus at Western Carolina University. Marcia Gaines Mercer is a published author and columnist. They were married in Charleston and have a place in nearby Garden City.