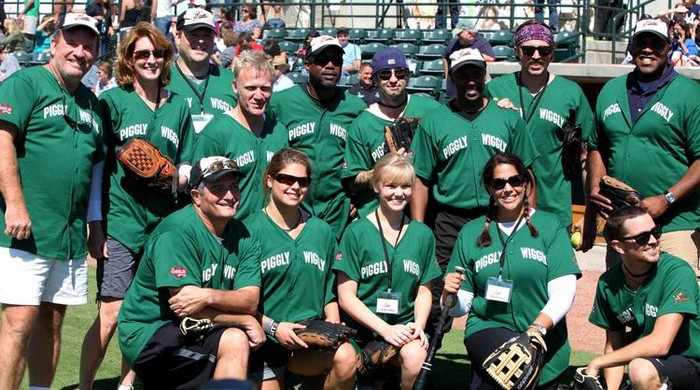 Charleston, S.C. – This week, Louie’s Kids names eleven additional celebrities that will be playing in its second annual ‘Slim Down the South Celebrity Softball Challenge’ benefiting the area nonprofit on Saturday, Aug. 4 at Joseph P. Riley, Jr. Park (‘The Joe’).

Of these eleven additional players, South Carolina fans will be pleased to see several University of South Carolina (USC) names, including that of Frank Martin, the newly named basketball coach of the Gamecocks. Martin, the former basketball coach of Kansas State University, was elected the new head coach of the USC basketball team in late March. The softball game will represent his first visit down to the Lowcountry since becoming the new USC coach.

To purchase tickets or for more information visit www.slimdownthesouth.com or call 843-724-9267. All proceeds from the game benefit Louie’s Kids and its programs.

Below is the full list of players confirmed for next month’s softball game:

Sponsorships are still available, plus limited slots to play on a celebrity team. For details call or email Ashley Gunnin, Executive Director, at 843-724-9267 or ashley@louieskids.org.

About Louie’s Kids
Founded in 2001 in Alexandria, Va., and operated today out of Charleston, SC, Louie's Kids is a 501(c)(3) nonprofit organization that raises funds to help treat childhood obesity, which afflicts 25 million American children today. Working to find the best treatment options to meet needs of each child, it finds the fix that fits, one kid at a time. For more information about Louie’s Kids, visit www.louieskids.org.