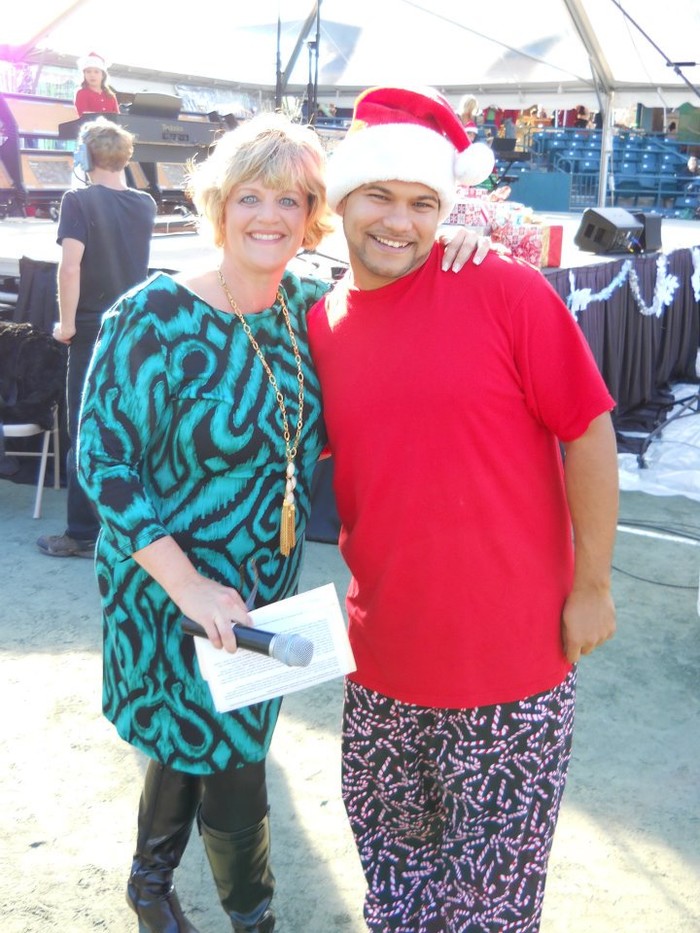 Terry Haas, Charleston resident and HGTV personality on the popular HGTV television show “Designed to Sell,” announced today the success of her role as emcee at the 2011 Holiday Festival on Daniel Island sponsored by the Daniel Island Property Association Saturday, December 3, 2011.  Hass hosted the day’s events and introduced all of the local participants and entertainment. Haas was so popular amongst the crowd that she was asked to host the renowned Holiday Festival in 2012.

“This is one of the things I put on my bucket list when I moved to Daniel Island, and now I am able to check it off,” said Haas. “I had an amazing time hosting the festival and introducing all of the local entrepreneurs, artists and dance teams. It was a blast.”

Haas said, “Everyone left this festival filled with Christmas spirit and a huge smile on their face, including me. I love being able to make people laugh, smile and just simply enjoy themselves. I am extremely honored to host the festival for a second year in a row in 2012.”

Terry Haas is best known for her role on HGTV’s hit show “Designed to Sell,” as a featured real estate agent to help homeowners stage their homes with low-cost improvements to sell their property with a large return on investment. Over 15 years of knowledge has earned her recognition in the real estate community as a national expert. Haas also co-authored an e-book available for download at MakeEveryBuyerWantYourHouse.com.  The Charleston resident owns a thriving real estate business (River Landing Realty) and a home staging consulting business, while she continues to make HGTV appearances.  Haas is a renowned public speaker for many local and philanthropic organizations. She is a proud speaker and member of Charleston Center for Women, East Cooper Medical Center Women’s Advisory Board, East Cooper Entrepreneurial Women (ECEW), Women’s Island Network (WIN), and has been named chair for the 2012 March of Dimes Signature Chef Auction.