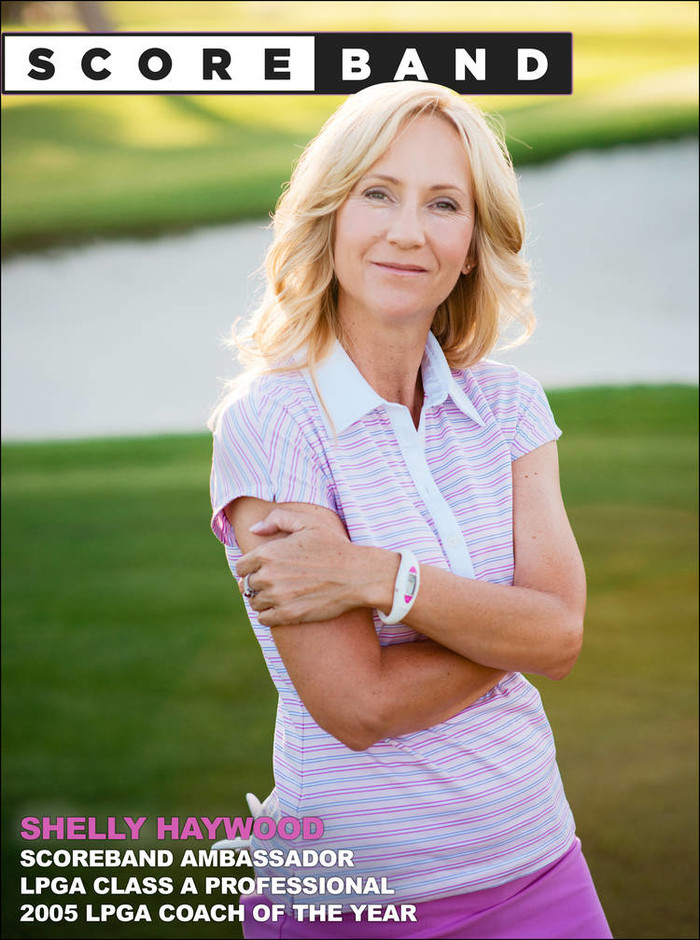 8:41 am on Wednesday October 10, 2012 | Posted by
Former LPGA National Coach of the Year Signs with Charleston Company

Local company, ScoreBand, has announced that Shelly Haywood, LPGA Class A Professional, has signed on to act as one of their official Product Ambassadors. The 2005 LPGA National Coach of the Year will represent and promote ScoreBand to the golf community.

Haywood believes ScoreBand will help students improve their game: "I'm so excited to be a ScoreBand Ambassador for Golf! I love the concept and design and I'm confident it will help my students lower their scores and make their golf experience more fun and enjoyable.  I wear mine on the golf course, at the gym, and just running around. It's so comfortable I don't even know I have it on and I get lots of compliments too. Wear it once and you'll love it!"

Haywood, originally from Smithfield, Utah, grew up a four-sport athlete who went on to become a member of the nationally ranked New Mexico State University Women’s Golf Team. While at New Mexico State University, she was a two-time All Big West Conference selection. Haywood then toured with the West Coast Ladies Tour from 2002 to 2004 and earned two top-10 finishes in the Colorado Women’s Open and the Nevada Women’s Open. She served as the Women’s Head Golf Coach at The University of Arizona from 2004-2010 and has taught at Tucson Country Club for over ten years. With over 20 years experience as a golf professional, Haywood has achieved a multitude of accomplishments including being honored as the LPGA National Coach of the Year and also being named LPGA’s Western Section Coach of the Year.

Currently, Haywood is the Director of Instruction at the Players Institute and co-founder of SNAG Arizona program (“Start New At Golf”) in Tucson, Arizona. She served as a committee member of the USGA’s Women’s Amateur Public Links Championship and is an Honorary Board Member of the Arizona Golf Association and is well known as a leader in golf.

“We are thrilled to partner with Shelly,” says ScoreBand President and Founder Jody Murdough. “Her passion for the game and years of experience in the golf world make Shelly an ideal representative to help introduce ScoreBand to golfers of all ages and levels.”

ScoreBand is the world’s first 4-in-1, multi-sport scorekeeping wristband watch. Complete with 4 modes - Time, Tennis, Golf and AllScore – ScoreBand provides quick-touch scorekeeping to allow players to focus more on their game and less on the score.

Head to the source at scoreband.net