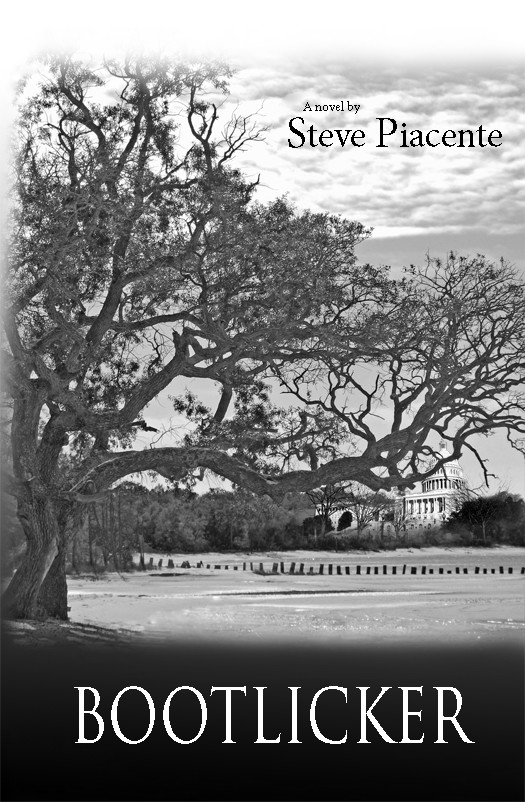 Former Post & Courier political reporter Steve Piacente is headed to Charleston this December for an author presentation at the Lowcounty Creative Writing Group on Saturday, Dec. 8 from 10 a.m. to 1 p.m. and another appearance at the Charleston Public Library that day at 2 p.m. His latest book Bootlicker is based and inspired by his time covering the Hill in D.C. for the local newspaper.

Signed copies of Piacente's book will be available at Blue Bicycle Books in Charleston, and at Here Be Books and All Books and Company, both in Summerville.

Bootlicker's tale of a chilling secret that links two political powerhouses and threatens a historic Southern election has drawn rave reviews since its Sept. 1 debut.

“An authentic, thought-provoking and entertaining look at what happens when greed tramples goodness and decades-long deceit devours a decent man’s soul,” says the Tampa Tribune.

“The torment of his main character - torn between his ambition and sense of justice - will stay with the reader long after the book ends,” says former National Press Club President Larry Lipman.

Former SC Governor Mark Sanford adds, “In an era of political sensitivities, Piacente’s Bootlicker is a timely story of hope, a tale of guilt and redemption, written as only an insert could write it.”

The story begins in 1959, when poor, black teen Ike Washington stumbles on a Klan lynching led by a white judge. Caught, he must choose: join the dead man or begin hustling black support the ambitious judge needs to advance to the U.S. Senate. In trade, Ike gets a life of comfort and power. Decades later, as he is poised to become South Carolina’s first black congressman since the Civil War, guilt-wracked Ike winds up alone in the same forest where the hanging took place, a long rope in his fist.

In a year of heightened political sensitivities, Bootlicker pulls back the curtain on Southern politics and goes where television cameras are never invited – to back rooms where deals are cut, futures are plotted, and where right and wrong are not so easily defined.

Piacente’s first novel Bella was named the Best Military Fiction book in the 2012 Indie Excellence Awards, and won the Gold Medal in the 2012 Readers Favorite Awards for Dramatic Fiction.

A professional writer for more than 35 years, Piacente graduated with a communications degree from American University – where he’s taught journalism classes for 15 years – and a masters in fiction from Johns Hopkins University. He began speechwriting for a federal agency in D.C. where today he heads the agency’s web, new media and graphics teams. He has been recognized by the National Press Club three years in a row for his fiction writing, and in 1990 was the club’s runner-up for the Robin Goldstein Award for Regional Reporting in Washington. Originally from Brooklyn, Piacente grew up on Long Island and now lives in Rockville, Maryland with his wife. He graciously shares insider tips on self-publishing excellent literary content as an expert contributor for numerous organizations and websites.

Head to the source at stevepiacente.com