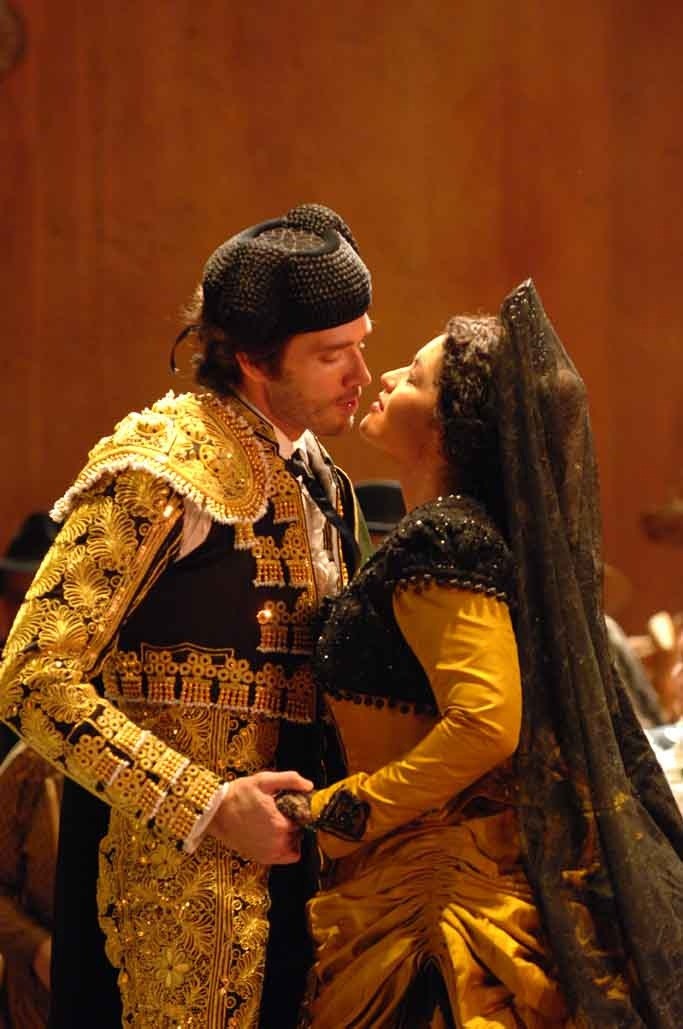 Cast in the five principal roles are four returning solo artists, led by Chávez, Boston soprano Emily Hindrichs, Myrtle Beach Coastal Carolina University faculty baritone, Jeffrey Jones, and New York bass-baritone, Joe Chappel, along with CMC newcomer, tenor Kevin Hanrahan. Local singers from the CMC and from CCU will complete the cast, singing the minor roles. The Carolina Master Chorale and members of the Long Bay Symphony Chamber Orchestra will appear as the opera chorus and orchestra, respectively.  Vincent Masterpaul, of Myrtle Beach, will direct the opera and design the sets, local dancer Tamala Stevens will choreograph the gypsy dance troupe, local theater technician Mike Cook will serve as light and sound designer, costuming will be coordinated by Brock Santa of Conway's Theatre of the Republic, and CMC Music Director Timothy Koch will conduct the performance.

Mezzo-soprano Kirstin Chávez has captured attention and acclaim in her signature roles and is now known as one of the definitive Carmens of the day, a role that she has performed with great success throughout the United States, and elsewhere in the world, including in Japan, China, Taiwan, Europe, and Australia. Ms. Chavez has appeared with The Metropolitan Opera, and the opera companies of New York City, Dallas, Central City, San Diego, Santa Fe, Indianapolis, Orlando, Kentucky, Fresno, Philadelphia, Atlanta, Australia, Graz, Austria, Nice, France, and Hannover, Germany, among many others. Opera News reported that her Carmen in Graz, Austria was “the Carmen of a lifetime. With her dark, generous mezzo, earthy eroticism, volcanic spontaneity and smoldering charisma, Chavez has it all, including a superb command of French and a sense of humor.”

Debuting in the role of the ingénue, Micaëla, soprano Emily Hindrichs is emerging as one of the most important coloratura sopranos of our time. Her chilling interpretation of the Queen of the Night in Mozart’s Die Zauberflöte has taken her to debuts with the English National Opera and Oper Frankfurt, Seattle Opera, New Orleans Opera, as well as with the Lyric Opera of Chicago. Her young and dynamic career has also included engagements wirh Opéra Théâtre de St. Étienne in France, Badisches Staatstheater Karlsruhe, Nashville Opera, Boston Lyric Opera, Oper Cologne, and Opera Omaha among others.

Singing the role of the lieutenant Zuniga, will be Nashville native and New York-based Joe Chappel bass-baritone. Chappel is the longtime principal Bass soloist of Bach Vespers at Holy Trinity, NYC, the longest running vespers series of its kind in the United States. Recent other credits include a world tour of Philip Glass and Robert Wilson’s Einstein on the Beach, the role of Villequier in the Bard Summerscape production of Chabrier’s Le Roi Malgré Lui, the role of Kingpin in the world premiere of Gordon Beeferman’s The Enchanted Organ, and as Osiride in the Carnegie Hall concert performance of Rossini’s Moïse et Pharaon, with James Morris and The Collegiate Chorale.

Head to the source at carolinamasterchorale.com