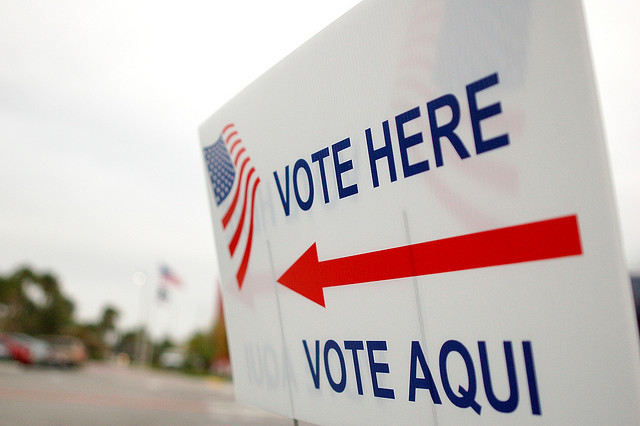 Update October 5th: It's been a long, long, long election cycle, both nationally and locally but tomorrow is the big day.

No matter what side of the aisle you site on we at TheDigitel ask that you do your duty as an American and get out there and vote.

Read the first report that contains our endorsement and a breakdown of the candidates running for the SC 7th seat directly below the quick tips.

First Report October 30th: In seven days citizens from around the country will head to the ballots and cast their vote in both national and local elections.

Locally, the biggest election is for the newly christened 7th Congressional District. If you haven't heard by now the two main candidates in the running to fill that seat are Tom Rice and Gloria Tinubu but their is a third, Ed K, a write in candidate.

In an earlier post, we shared the information on the only Amendment on the South Carolina Ballot this year:

The amendment question has to do with weather or not we will continue to elect Governors and Lieutenant Governors separately or have gubernatorial pick a running mate starting in 2018.

You can read more on that here, as well as find the list of candidates on the ballot in Horry County.

Google has released a new Voter Information Tool that is super simple to use. The tool (embedded below) helps voters find where their polling place is just by typing in their home address.

Google's Politics & Elections section has numerous other tools that are quite informative and useful, especially for the national stage, which you can check out here.

During the primary elections we at The Digitel endorsed no candidates but rather chose to endorse you the voter and now it's time for the general election and we are sticking with that endorsement. When we made the endorsement for you the voter, I wrote in part:

We want to see you take time out of your day to cast your ballot and choose the candidate who you want to see represent you locally and nationally. We only have a few guarantees in life (death and taxes) but as Americans we have one more: our vote. As my mom always said to me, "you can't bitch if you don't vote."