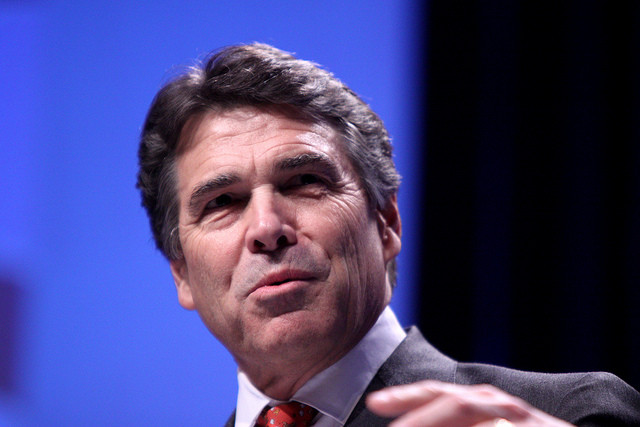 9:20 am on Saturday August 13, 2011 | Posted by Ken Hawkins
All eyes on Charleston as the hour of Rick Perry's presidential bid comes

A posting on Perry's campaign website stated that, "America’s place in the world is in peril, not only because of disastrous economic policies, but from the incoherent muddle known as our foreign policy.  ... We will not sit back and accept our current misery…because a great country requires a better direction…because a renewed nation requires a new president.  That’s why, with faith in God, the support of my family, and an unwavering belief in the goodness of America, I am a candidate for President of the United States."

For more depth, I'll point you to The New York Times.

First reporting: The biggest surprise that isn't is slated to happen in a few short minutes.

Rick Perry﻿ is due to announce his bid for president at 1 p.m. in Charleston at the RedState conservative ﻿conference at the Francis Marion Hotel on King Street.

And so far it's hard to imagine Perry's presidential bid can get much better, not even running he's already polling in second place (Mitt Romney at 26 percent ﻿ and Perry at 17.)

If you're looking for more depth on the background here, I'll point you over to Politico.

We'll be sure to update back here once official word breaks.