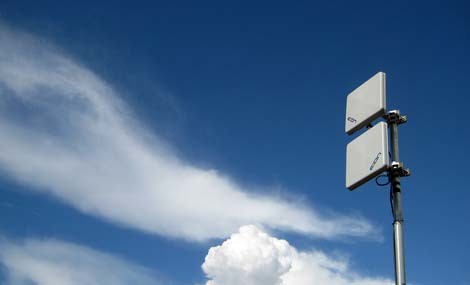 6:27 am on Monday November 24, 2008 | Posted by Ken Hawkins
State-wide wireless has chance if politicians can get act together

South Carolina's government has first dibs on deciding how the spectrum of the airwaves currently used by ETV will be used after February 17, when the nation switches to digital broadcasts.

The catch is, the state has to submit their plan on what to do with their frequencies by January 21 -- if they miss that deadline they can't get 90 more days to submit a plan, provided South Carolina is willing to directly manage the leases. South Carolina would then have until May 1, 2011 to develop a plan to manage the frequencies.

For ages, the pie-in-the-sky plan has been to use the airwaves as a way to get every school cheap broadband Internet access. But the dream has grown somewhat with the recent successes and growth of longer-distance Internet technologies; in that scenario the state could work to establish a network of towers broadcasting, something like, WiMAX -- a bigger, meaner version of the 802.11 wireless in you laptop -- and rural area could get 10 Mbit connections up to 6 miles from each broadcasting station.

But, some state lawmakers are complaining that industry lobbyists are making it difficult to see the plan through. With the possibility of low-cost, wide-area Internet access being made available, I can see why they'd be nervous.

Personally, I think the chances of getting our Legislature to create an environment suitable to WiMAX is somewhere between non-existant and "When pigs fly." But, I think there's still a reasonable chance the government could get a plan in place to use the frequencies to get cheap Internet to schools.

Given the dire budget situations at our schools, it would be great if we had that to look forward to.