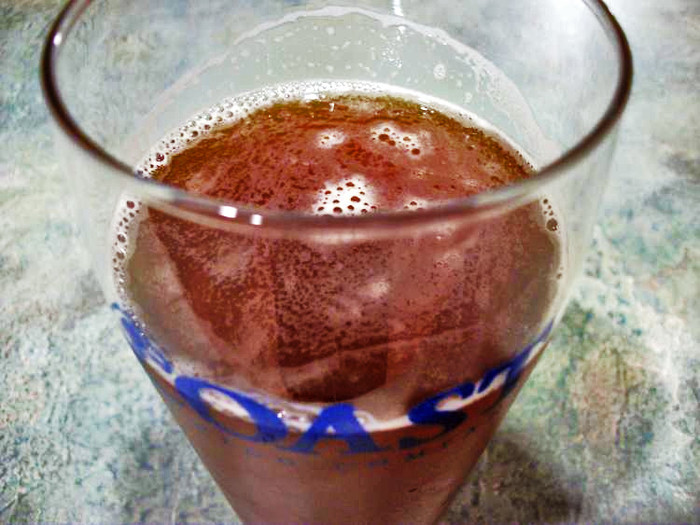 4:21 am on Sunday November 28, 2010 | Posted by
COAST Brewing brings the heat with Carnie Fire Hoppy Red

Per Jaime Tenney, the lady half of COAST, the beer was named in honor of a traveling carnival troupe whose train stopped on the tracks near the brewery. After a few friendly encounters with the colorful carnies, the COAST crew passed a bonfire on the way to or from the brewery, and the sight was memorable enough to dedicate a beer to them. 'Nuff said.

Carnie Fire is a style new to COAST's lineup, but not new in the craft beer world. Green Flash, Lagunitas, and Troegs have stylistically similar offerings, to name a few. The crossover of IPA and amber/red ale is an interesting one, as the malty notes of the amber ale intrude ever so slightly into the hop-centric IPA flavor profile. Given great execution, the results can be delectable.

Guess what? COAST has great execution. Carnie Fire has a hop profile similar to a recent seasonal, Event Horizon Cascadian Dark Ale: a quick rush of grapefruit, followed by a mellow bitterness, and finally a realization that your tongue is coated in lulupin resins that may need to be removed by a sandblaster. The amber malt quality acts as a great foil to the hoppiness, and the 5% ABV on this puppy makes it ripe for partaking in multiple pints.

Carnie Fire Hoppy Red is currently available for growler fills and tastings at COAST Brewing, 1250 N 2nd Street in North Charleston, 4 p.m. to 7 p.m. on Thursdays and 11 a.m. to 2 p.m. on Saturdays. While I don't know the size of the brew, I'd expect to see this bad boy popping up at other COAST purveyors shortly.