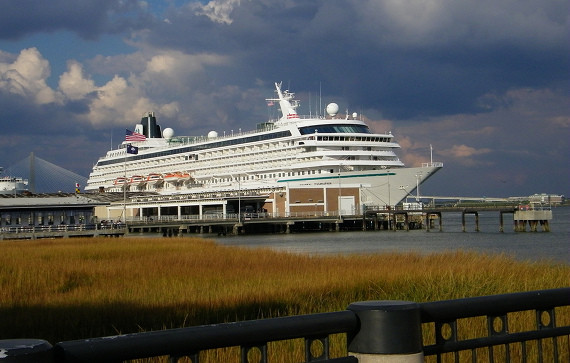 On Wednesday, the World Monuments Fund named Charleston to its watch list of 67 threatened cultural and heritage sites across the world.

Citing “poorly managed tourism” and cruise ships threatening the city. The World Monuments Fund argues that cruise ships, over the past decade, have upset the balance between commercial development and residential areas.

Here's an excerpt from the report:

Charleston, South Carolina, U.S., was founded in the seventeenth century and is often considered a birthplace of the preservation movement in the United States. Meticulous planning and strong preservation values have made Charleston a desirable place to live and a highly prized tourism destination. However, in the last decade, like many other port towns, Charleston has experienced an increase in the number of cruise ships that arrive in its harbor, threatening to undermine the very character that entices visitors to come to the town in the first place. The ships themselves, which have grown in size over the last several years, obstruct views both of the harbor and the town, while the potential for hundreds of thousands of passengers to disembark in the town every year is upsetting the balance between commercial development and the residential areas that make the city livable. It is hoped that inclusion of Charleston on the 2012 Watch will support implementation of a balanced and sustainable plan that will enable both tourism—including by cruise ship—and the Historic District to thrive.

Hat tip to the Charleston Regional Business Journal﻿ for spotting the news.