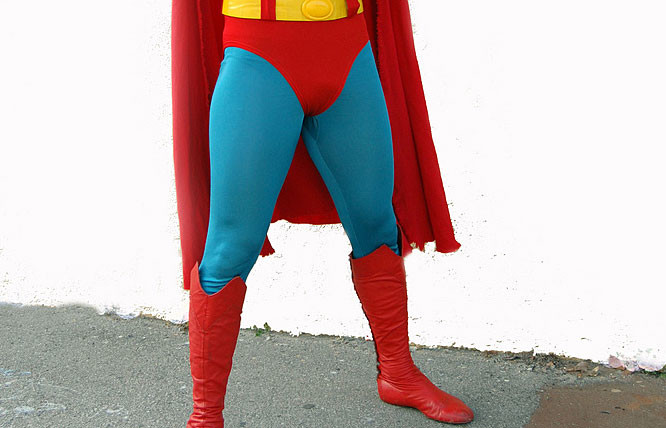 Editors note: Aside from being written by a local, this has nothing to do with anything exclusively Charleston, but we enjoyed the rant so much we thought we would go ahead and release it unto the world.

The 80's had its successes -- the Rubik's Cube, Pound Puppies and Cabbage Patch Kids, Journey, and Nintendo. But it also had its failures and fads gone wrong.

Crimped hair and acid washed denim, blue mascara, shoulder pads, the Challenger explosion -- and the introduction of leggings into the fashion world.

Donna Karan's fashion line, Seven Easy Pieces, debuted in 1985. It enabled women to transform business attire into acceptable evening apparel with ease. Amidst those seven items, the idea of substituting leggings for pants was born.

After over a decade, the legging fad subsided and just when we thought we'd seen the last of the leggings- Lindsay Lohan, Mary Kate and Ashley Olsen brought them back.

Maybe leggings seemed like a good idea to the Olsens and Lindsay Lohan. Abusers of drugs and alcohol have a skewed perception of the world. When not in their right mind, it is easier to see why these starlets might have thought they were fashionable. Nonetheless, it is inexcusable for the sober members of society to substitute leggings for pants.

Friends shouldn't let friends out in public wearing leggings. Leggings would've faded like the careers of Lohan and the Olsens. But just when you thought it was safe to go out- they're back. Only this time, leggings have endorsements from magazines like Elle and Glamour.

Elle magazine deems leggings a fundamental piece of a person's wardrobe. "Show your tough chic side in this season's hottest staple," it says.

Glamour magazine even offers advice on the 10 Hot New Ways to Wear Leggings. They entice customers by offering several classy pieces for this season. "Fall's wear-everywhere piece comes every-which-way, from basic slimming black to kooky rock 'n' roll prints," it says. For Glamour, the memory of pants is as deteriorated as Lohan's career. "What did we use pants for, again?" Glamour says.

Let's be realistic here. Wearing tights flatters about .01 percent of the nation. Regardless of where you're from, here in America we wear pants. And like the majority of Americans, we are not visually impaired -- so put on some pants.

One man found this reemerging trend so offensive he created the website Tights Are Not Pants. He offers a do-it-yourself press kit, which is available for download on this site. The kit includes printable fliers with statements such as: "Tights will not suffice" and "Do unto others: tights are not pants" and more.

Leggings were readily adopted in some fashion circles. But when Victoria's Secret, the clothing line known for encouraging scantily clad women tells you no -- you should listen. Victoria's Secret promotes wearing leggings as an accessory -- not as an essential garment.

Their tag-line for sales promotion reads, "Sleek, stretchy leggings in liquid, lace, velvet and velour. Wear them with everything."