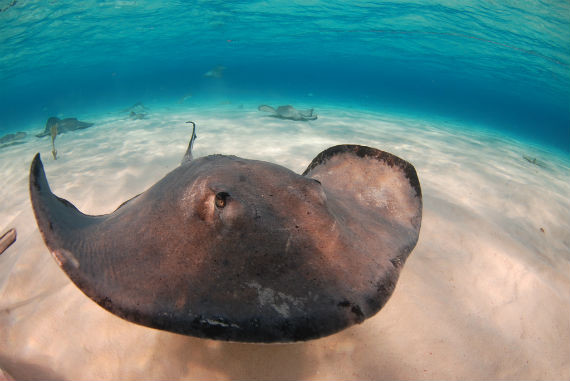 All of you know: There's no shortage of strange stories here in the Lowcountry, and this one may be one of the oddest.

Ian Anthony Wrobleski of Awendaw shot Paul Wilson Jr. of Mount Pleasant in the head on the Caravelle Court fishing dock...but he says he was actually aiming for a stingray.

However, it doesn't seem like investigators are buying this story, as Wrobleski was charged with attempted murder and has since been released on a $50,000 bond.

A witness alleges that the two men were drinking and fishing before beginning to argue. According to the witness's statement, Wrobleski pointed a rifle at Wilson; after a gunshot was heard, Wrobleski was reported as saying, "Ha! We got you, should have seen your face."

According to Wilson's statement, the last thing he remembers is Wrobleski pointing the rifle at him.

Let this be a lesson to all you in the mood for drinking and fishing: Don't bring a rifle with you. And if you use said rifle to shoot your buddy in the head, don't make up a lame excuse or you'll get made fun of on TheDigitel.

Get more info about the incident over at The Post and Courier's brief here.﻿