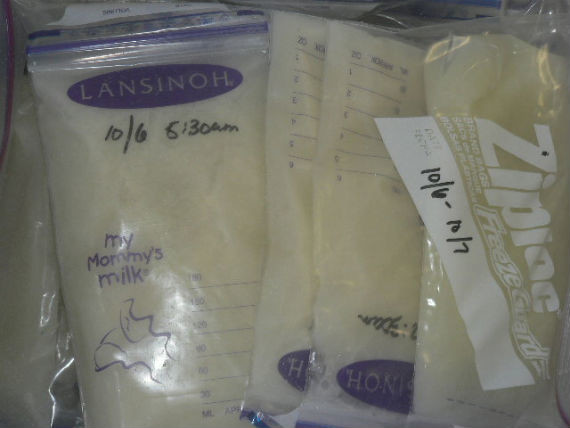 Got extra breast milk? Don't trash it; instead, take a cue from some local mothers and sell, share, or bank it.

Alexis Garrett, a local mom, stumbled upon the website OnlytheBreast.com﻿ when she was trying to figure out what to do with her freezer full of breast milk. The site gives moms the chance to buy and sell the milk by the ounce, which is of great interest to those mothers out there that can't breast-feed.Interested in how much the white stuff is going for? Garrett got $2 an ounce. At 25 to 45 ounces a week,  that isn't chump change--but it won't make her rich, either.

But even $2 an ounce is a lot cheaper than the more formal route that many mothers go for: breast milk banks. At the banks, the breast milk is donated and then sold for up to $5 an ounce.

It may seem a little odd at first--a bit taboo, if you will--but after you think about it, I believe you'll have a hard time not seeing the benefit of services like the ones that OnlytheBreast.com﻿ offers. After all, experts such as those at the U.S. Department of Health and Human Services do say that breast milk is the best.

But I'm dying to hear your thoughts, so sound off below.

And if you want to find out more about the various services similar to OnlytheBreast.com﻿ (Human Milk 4 Human Babies, a service that promotes the sharing of breast milk, comes to mind), check out Charleston City Paper's in-depth story here.