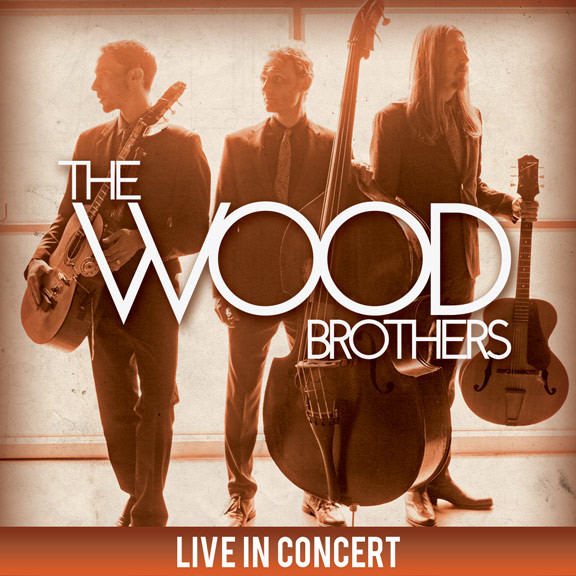 Due to a medical emergency with one of the band members, The Wood Brothers show originally scheduled for Tuesday, October 11th 2016 has been rescheduled to Friday, April 7th 2017. All tickets purchased for the October 11th show will be honored for the April 7th concert.

ABOUT THE WOOD BROTHERS

‘Paradise,’ an album about longing and desire and the ways in which the pursuit of fulfillment can keep it perpetually out of our reach, is The Wood Brothers’ most sophisticated work to date and also their most rocking, with bassist Chris Wood playing electric on tracks for the first time. Recorded at Dan Auerbach’s Easy Eye studio in Nashville, ‘Paradise’ captures the latest chapter in the ongoing evolution of a band—and a family—navigating the joy and challenges of a life in music.

Dubbed “masters of soulful folk” by Paste, The Wood Brothers released their debut studio album, ‘Ways Not To Lose,’ on Blue Note in 2006. You’d be forgiven at the time for expecting it to be something of a side project. Chris Wood already had legions of devoted fans for his incomparable work as one-third of Medeski Martin & Wood, while his brother Oliver toured with Tinsley Ellis before releasing a half-dozen albums with his band King Johnson. Almost a decade later and with drummer Jano Rix added as a permanent third member, it’s become quite clear that The Wood Brothers is indeed the main act.

‘Paradise’ follows the band’s acclaimed 2013 release ‘The Muse,’ which was recorded almost entirely live around a tree of microphones in Zac Brown’s Southern Ground studio. Hailed previously by the New York Times for their “gripping” vocals and by the LA Times for their “taught musicianship,” the live setting proved to be a remarkable showcase for the brothers’ live chemistry and charismatic magnetism. Taking a different approach to their sixth studio album, the decision to record in Nashville was no coincidence, as ‘Paradise’ marks the first album written with the entire band living in Music City

Head to the source at charlestonmusichall.com