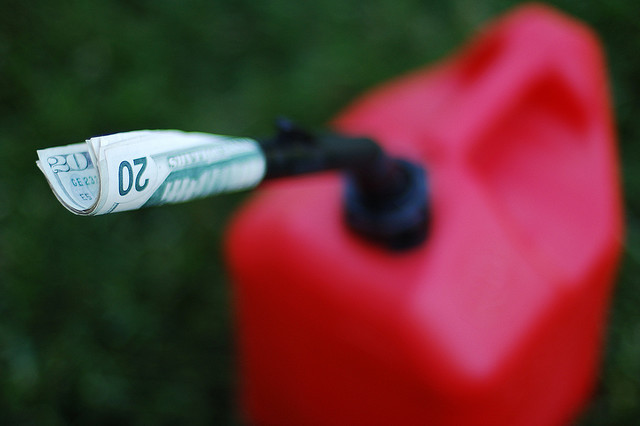 Update May 11: Prices at the pump are still taking a toll on wallets everywhere, but, in order to save a few extra bucks, try hitting one of the cheapest gas stations in the Charleston area.

Site GasBuddy.com maintains one of the better compilations of data online — check out a list of the cheapest, or this map.

Oh, and gas prices are officially $1 higher that at the start of 2011.

First reporting April 12: Like you somehow haven't noticed: Gas prices have continued their march upwards as the global economy continues to climb and woes in the Middle East continue.

But just how high is high?

Thankfully, the average is still below the South Carolina record of $4.08 a gallon set back in 2008; however, Charleston boasts the fourth highest average in the state of $3.62 a gallon. Ouch.

That's up a full 25¢ since our last update on this back on February 25.

But what about that good news I mentioned? After pushing up to a 32-month high, crude oil futures started backing off yesterday for a dual pair of reasons, that Libya and other players could soon calm down and now would be a good time for investors to cash out, and that a primary driver of higher prices (forecast oil demand thanks to a stronger economy) was in fact being deflated by the high price of the fuel.

What's it mean? Maybe we'll dip back down soon on the fuel price, but I'd hold off on making plans for a second Hummer.

Below is a terror-graph from prices during the last three months, and  there's plenty of things you can do to save on gas. And here's a map of Charleston-area gas prices; there are still a few holdouts charging just $3.51 a gallon.﻿