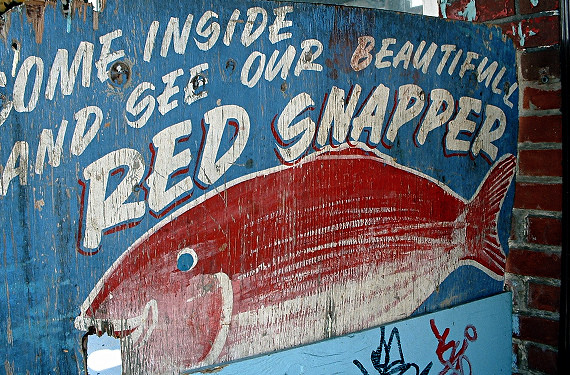 Current regulations prohibiting offshore fishing remain in place, but a a new survey of red snapper numbers confirmed more fish are out there than previously thought.

The popular fish is still overfished, but it seems as though the harvest ban may be overturned a few years down the road. The ban must be approved by NOAA, but according to Robert Boyles, deputy director of the Marine Resources Division for the S.C. Department of Natural Resources, the powers that be are likely do so.

The Post and Courier has the update; read it here.

In hopes of restoring the red snapper population over the next three decades, the South Atlantic Fishery Management Council voted 9-4 yesterday to extend a ban on bottom fishing the for an undetermined amount time.

The ban prohibits fishing red snapper in an area of the Atlantic stretching from North Carolina to the Florida Keys.

Don't rule out snapper and grouper just yet.

The Post and Courier reports today that instead of including the Carolinas in the ban, federal regulators have decided to move the offshore bottom-fishing ban farther south. When all is said and done, if the new boundary is adopted, the closed area would end at roughly the Georgia-South Carolina border.

This is great news for the Lowcoutry as the snapper, and its fellow bottom-dwelling grouper, are prize restaurant entrees and sought after catches in these parts.

Read all about the proposed change to the bottom-fishing ban in The Post and Courier.

The red snapper may be getting off the hook, literally, if a ban on bottom fishing is passed by The South Atlantic Fishery Management Council.

A bottom closure could remove both sought-after grouper and red snapper from both restaurants and fish markets. It would also put commercial fishermen out of business as well as disrupt saltwater fishing, a $600 million-per-year industry in South Carolina.

The council has to have the new rules in place by 2010, so all there is left to do is wait for the final decision.