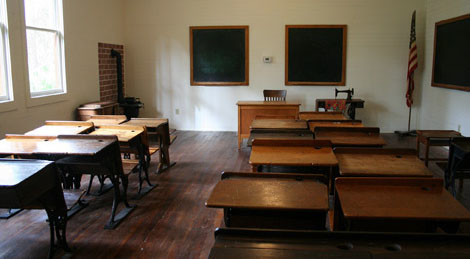 Image by stock.xchng user madmavenImage by 20080705class.jpg These old schoolhouses were pretty energy efficient, you know, without any electricity or running water.

The Charleston County School Board has approved a three-year cost-savings plan that focuses on voluntary energy conservation in public schools. The goal is to beat budget projections in the next few years, as costs, particularly for energy, continue to rise. For every dollar under budget the schools finish, they will get 20 cents.

There's no restriction on ways schools can spend the money, and the remainder of the savings will be returned to the school district's general operating fund, which pays for teacher salaries and classroom expenses.

Mark Cobb, the district's executive director of facility services, said the goal is to save $400,000, which was a percentage of the anticipated 8 percent increase in its electric bill.

"I think it's a lot of common-sense stuff," such as keeping doors and windows closed, not adjusting the thermostat and removing appliances such as coffee pots and radios from classrooms, Cobb said.

And in other Charleston County schools news, the district announced this week that it has named an interim chief academic officer and an interim associate superintendent after the recent resignation of Randy Bynum.