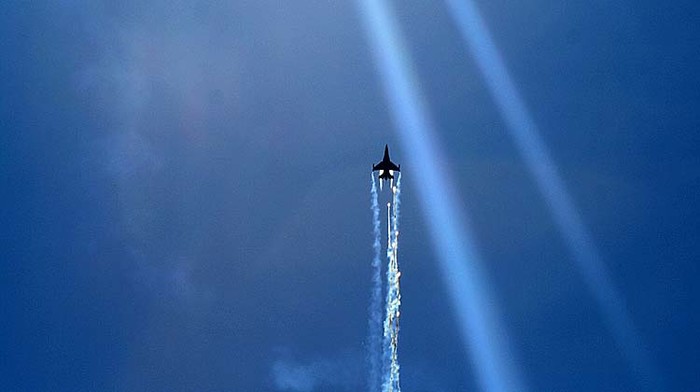 If you see numerous military jets today near Mount Pleasant, don't be alarmed: The military's just doing a communications exercise with the county.

From an e-mailed release (with clean-up edits):

Charleston County's Sheriff's Office Command Post and Air Support Unit will also be participating. We will have our Amateur Radio folks working out of the EOC. They will be passing info to the state EOC, FEMA, local hospitals, etc.

We will be testing FMV (Full Motion Video) from F-16's out of McEntire Air National Guard Base in Columbia and the Sheriffs Office Helicopter The F-16's will be high enough to where it will not be noticeable. The F-16's will be flying on June 2 and June 4.