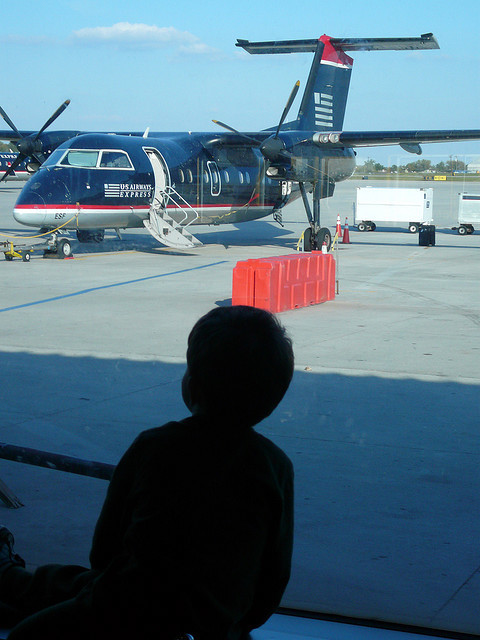 Flickr user DNAMichaud
Yes, those planes still fly here....and I always seem to get stuck on them.

The expansion project, which cost $8.9 million, connects Bypass 17 to Highway 17. The ribbon cutting ceremony is all set, so hop on over toWMBF News for the details.

Hopefully it'll take the tourists a few years to figure out this new road, so let's all try to keep it a secret for as long as possible. We're still working to figure out who told them about 31.

Update 6/1 (changes today): SCNow has a brief on what construction crews will be doing today. You can read that here.

Update 5/24 (more changes): Airport officials have issued another notice that the traffic routing has changed for those driving to and from the airport. WMBF has the details.

Commercial Realtor﻿ and Open Community member, Jeremy Rollison gave us some great insight on the new road system and its implications for the Grand Strand:

My sources are telling me the road will be open to traffic by the end of 2011. Which is great because that is going to connect the Southend of Kings Hwy in Myrtle Beach all the way back to Highway 501 on the other side of the Waterway via the Fantasy Harbor Bridge.﻿

This will create a new major traffic pattern for locals and visitors alike, as Harrelson Blvd will also tie together the Bypass, Robert Grissom Pkwy, Coastline Grand Mall, Seaboard St, Hwy 15 and, of course, the airport. Locals who live on the Southend and work in Myrtle Beach will be able to get around the Bypass/707 intersection. Which we know can be a nightmare, and is only going to get worse over the next 2 years as an overpass is being built there.﻿

That sounds great to us! Make sure to check out Jeremy's Commercial Real Estate blog.

First Report: Renovation of the Myrtle Beach International Airport is underway and to kick it off, of course, is road construction at the beginning of summer.

Be warned that due to the new construction drivers can now only turn right or left from Harrelson Boulevard. New four way stop signs have been placed at the intersection of Harrelson and Highway 15 -eventually traffic lights will be installed.

The new road system should improve traffic flow into and around the airport. The extention of the road is expected to open in January. The roadway when exiting the airport has stayed the same. ﻿

Head on over to The Sun News for their full write-up. Below is WMBF News' report on the roadway changes.