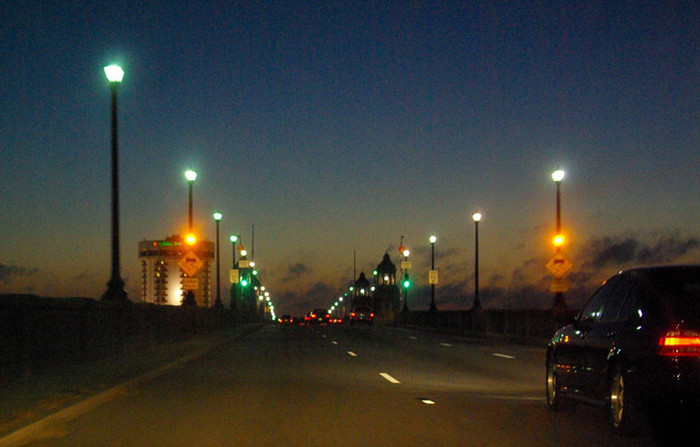 Image by Ken Hawkins/TheDigitelImage by 20090508-traffic.jpg Ah, the open road.

Traffic congestion has fallen some 30% across the nation, and some 45% in the Charleston area, according to traffic information company Inrix.

The company says the statistic means "Americans spent 13 hours less stuck in traffic in 2008 versus 2007." INRIX's president Bryan Mistele continued to say "While less traffic is generally good news, the causes of it aren’t necessarily something to celebrate. Traffic congestion is an excellent indicator of trends, telling us whether businesses are shipping products, whether people are going to work, and whether shoppers are going to the mall."

The Charleston Regional Business Journal picked up the story and ran with it offering much more information on the Charleston situation. Go read about it.

Just keep in mind that we're talking decreases in "congestion" and not raw traffic volume.

If you'd rather listen (and don't care if it has a national focus) hop over to Marketplace.

Oh, and fun factoid: Inrix ranks the Charleston-North Charleston area as number 71 out of the nation's 100 most congested metro areas; that number rises to 34 for total travel time.