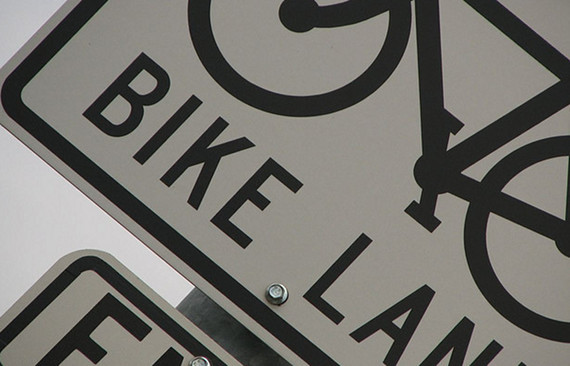 Update September 27: A quick update to point out ABC News 4's video from the groundbreaking that has public comments and more context; you can watch it over here.

Update September 26: A year on work is set to begin on the the St. Andrews Boulevard Bike Lanes and SC-61 resurfacing project in West Ashley﻿.

Charleston County Government will hold a ceremony on today, September 26, to break ground at St. Andrews Blvd. and Penn Avenue (near the old Cross Seed and Feed) at 11 a.m.

Roadwork that requires lane closures will occur at night to minimize effects on traffic.

First reporting August 24, 2010: County and state officials announced today that St. Andrews Boulevard in West Ashley will be getting new bicycle lanes on both sides of the busy boulevard early next year.

The new bike lanes are slated to run between Wesley Avenue and Sycamore Avenue.

The Post and Courier has the brief and promises more on the decision to add the bike lanes in tomorrow's edition.

The Charleston City Paper also has a brief with some images of the renderings.

Update August 25: The Post and Courier has followed with an expanded report. ﻿