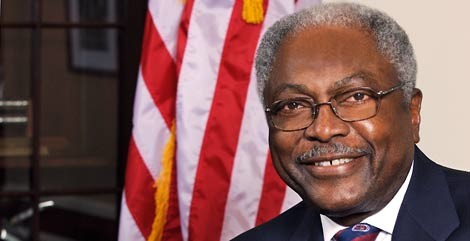 Image by Office of the Majority WhipImage by 20080616clyburn.jpg Clyburn has drawn fire for his millions in earmarked funding.

The (Myrtle Beach) Sun News has published a story calling attention to U.S. Rep. James Clyburn's decisions to set aside $6.2 million in federal money for projects that could directly benefit his friends and family members.

The paper begins:
The budget appropriations, known as earmarks, include taxpayer dollars for a museum his nephew is helping to design, a community center that runs a program employing his sister-in-law and money for a Columbia wellness center that employs his daughter.

In 2006, Clyburn responded to similar remarks from The Sun News by saying:
"I have a bushel of family members. I earmark stuff for the state of South Carolina, and my daughter works for the state. I earmark stuff for Sumter, and several of my nieces and nephews work for Sumter. I've earmarked millions of dollars for I-73. Should I not do that because my son is an engineer with the highway department?"

Groups have called for the House Ethics Committee to investigate.

Read more about the issue over at The Sun News' Web site.