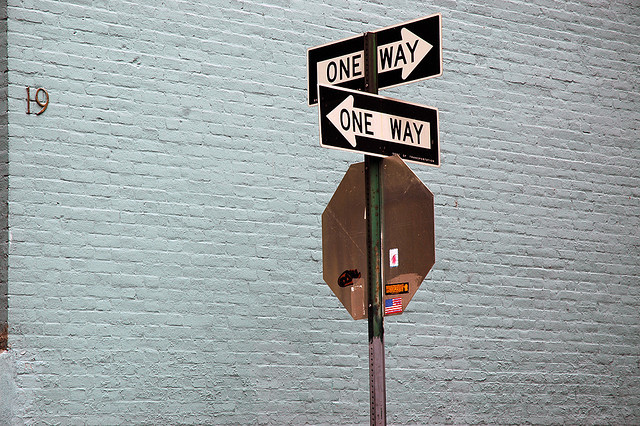 1:47 am on Thursday May 10, 2012 | Posted by Ken Hawkins
Two-way traffic plan moving ahead for St. Philip, Coming streets

Update May 10: The conversation is shifting towards the change being a done deal and the College of Charleston is upping the volume with its displeasure of the idea — saying that a two-way street will be more dangerous for students.

ABC News 4 has a solid written and video report; get it here.

The college could do a better job justifying its resistance, as it's generally excepted that two-way streets have a calmer and slower traffic flow than a combined one-way street.

Update May 9: Debate is keeping up on the proposed conversion of Coming and St. Philip streets to two-way, and opinions are still divided.

I'll point you to a Charleston City Paper﻿ report for the latest; read it here.

No final vote on the conversion is on the horizon, yet.

First reporting: The discussion about turning more portions of Charleston's many one-way streets into two-way streets continues, with parts on Coming, St. Philip, and Archdale streets all up for discussion on Monday. — Even if locals aren't swayed, I'm sure many of the wrong-way driving tourists would appreciate the shift.

I'll point you to The Post and Courier﻿'s report.

The notion is certainly nothing new — here's an archive report on a similar conversation thread from 2008.