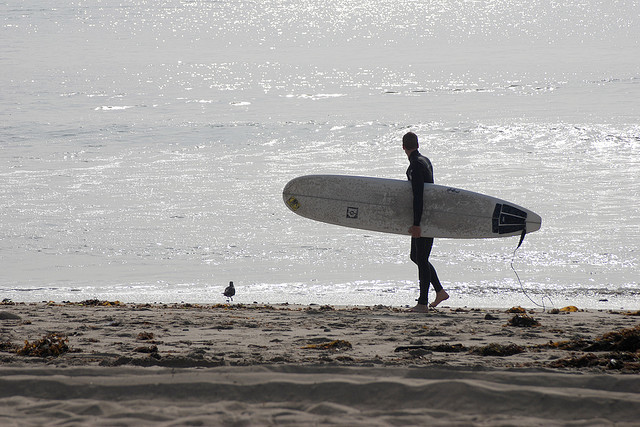 Note: Due to general editorial policy, the identity of the writer of this Open Community submission has been verified. Opinions and claims made in any story are the responsibility of the author and not TheDigitel or our sponsors.

I’m writing on behalf of the Guy Daniels Memorial Foundation. As many of you may know we’re a local non-profit group promoting conservation of our beaches and have a growing scholarship program. On May 2nd of this year we awarded another $5,000 in scholarships to local students we feel are deserving and in need of the funds bringing our year-to-date contribution to our youth to over $40,000.

We are best known for our Annual Surfoff which is set for August 13th & 14th this year. Each year we put on this amateur surfing competition to promote our community and foster a love for the ocean among our youth. We usually see 3,000 to 4,000 people over our 2 day event and use that interaction to show visitors and residents how much we respect our beach hoping some of that pride will rub off.

Recently a group known as the Surfside Freepress has commenced a viscous assault on our organization on their Facebook page claiming we donated to current Surfside Mayor Allen Deaton’s political campaign in exchange for future financial support. I am writing this to set the record straight and foster healthy political inquiry instead of mud slinging drive-bys.

The Guy Daniels Memorial Foundation paid $500 to sponsor a victory party when Allen Deaton won his Mayoral campaign. Allen Deaton has been a huge supporter of the Foundation since it’s inception in 1999. He was a personal friend of Guy Daniels. His son Kip was one of Guy’s best friends. And he was on the Board of Directors, still is, of the Foundation. We were proud of him and happy to sponsor a victory event in his honor. By law, Allen is required to claim this money as a campaign contribution and that is the basis of the Surfside Freepress’ argument.

They’re claiming the Foundation receives an unfair advantage when it comes to financial contributions from the Town of Surfside Beach because of this contribution to our friend, Allen Deaton. The fact is the Town of Surfside Beach has supported the Guy Daniels Memorial Foundation since it’s beginnings long before Allen Deaton was mayor. They provide Police presence during the contest, employee hours during setup and breakdown of the facilities, electricity and yes some financial support. We receive our money from the Accommodations Tax which is a 2% levy on gross proceeds from rental of hotel and motel rooms, campgrounds, and other temporary accommodations. South Carolina Code Title 12, Chapter 35, provides that accommodations funds are to be used for the purposes of promoting the growth of the tourism industry and fostering cultural and recreational activities, to enhance the quality of life in South Carolina municipalities and counties. Our Annual Surfoff promotes growth and is certainly a recreational activity. A 6 person committee entertains these funding requests which anyone or group who qualifies may apply. After the Accommodations Tax Committee approves the request it must then be approved by Town Council where our Board Member Allen Deaton sits as Mayor. Since Allen’s term as Mayor began he has recused himself from every vote and discussion involving the Guy Daniels Memorial Foundation because he has a conflict of interest.

Below is an excerpt from the Surfside Freepress’ Facebook page:

We will report the Facts as THE SIMPLE TRUTH when we have the Facts and have Verified them from Legitimate Sources and give our Opinion of these Facts and LET YOU "THE PEOPLE OF SURFSIDE" DECIDE WHAT YOU THINK!

I’m the current CEO of the Guy Daniels Memorial Foundation and it’s very easy to find a way to contact me. Myself nor anyone else in our organization was asked to comment on these allegations before the Freepress used Facebook as a platform to tarnish our reputation. These people live in Surfside and most people in Surfside are familiar with our organization and hold us in high regard.

So, who is behind the Freepress? This man, Randle Stevens. Randle has run for Surfside Beach Town Council twice and come up short both times. So why is he hiding behind the anonymity of Facebook? Maybe to protect his business. Or maybe he doesn’t want to be associated with the Freepress for fear of ruining is political ambitions. Regardless of his attempted anonymous accusations, the Guy Daniels Memorial Foundation is here to stay. We did nothing wrong by supporting our friend Allen Deaton and we will continue to move forward challenging all of you and ourselves to be stewards of this beach and our community.﻿