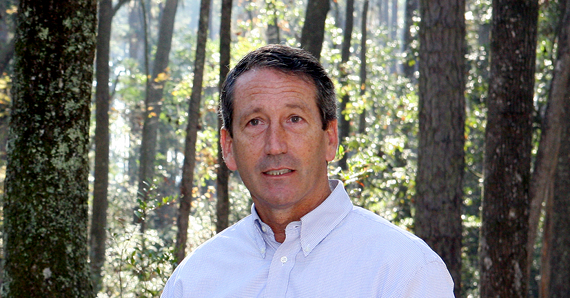 Update: He's back. Get the story.

Governor Mark Sanford's whereabouts have been a mystery since Thursday, June 18.

State Law Enforcement, the governor’s office nor the Governor's wife know where he is or has heard from him.

The State has the everything you need to know, or not know, on this bizarre story.

Update June 22, 5 p.m.: CNN's Political Tracker blog has picked up the story. Will be interesting to see this one grows.

Update June 23: If you hadn't heard, Sanford has reportedly been on a hike -- and I dare say that any amount of relaxation he achieved has been soundly erased.

Still, he's created quite the trail of jabs on the Web; including this article at The Huffington Post which has garnered 1,600 comments.

Update June 23, mid-morning: Just saw this article about Sanford in The Christian Science Monitor, it's a good write-up and has a bit of fun comparing the governor to Will Ferrell and Land of the Lost. Go take a read.

Meanwhile, FITSNews has a roundup of some of the Sanford jokes.

According to The State, Sanford has checked in with his chief of staff and will be returning to the office on Wednesday.

Update June 23, afternoon: Apparently not only did Sanford fail to evade public scrutiny, but he may not have evaded the nudists, either. Read more.