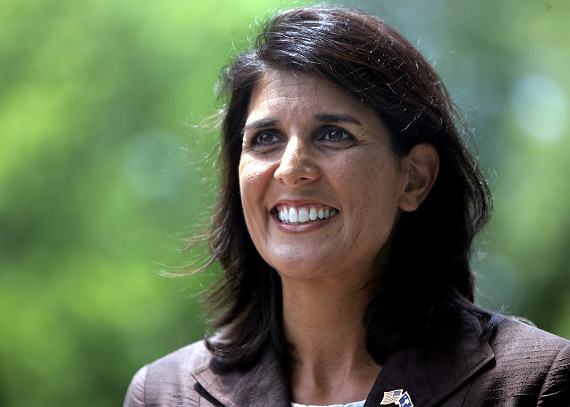 You can watch the video recoding of the event here.

The Post and Courier has an article highlighting the talking points of her inaugural speech which touched on the topics of the state's budget woes, job creation, her heritage, and her appreciation for making it into office.

There's also a link to a PDF transcript of the speech in it's entirety; you'll find both here.

First reporting: Nikki Haley will be sworn into office today as the state of South Carolina's first minority, female governor.

Today's inauguration events will begin with a prayer service at 9 a.m. in the Trinity Episcopal Cathedral near the Statehouse. The swearing in of Haley and the constitutional officers will begin at 11 a.m. on the Statehouse steps.

According to an article in today's Post and Courier, here's how it's all going to go down:

Chief Justice Jean Toal then will swear in Haley, the nation's second Indian-American chief executive, and Haley will give her inaugural address.

ETV's will be livestreaming the event, here's the link.