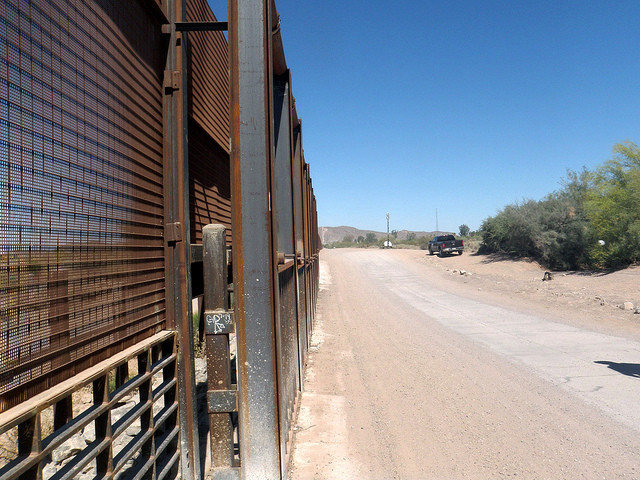 Update 12/24/11: The Post and Courier reports that three key provisions of South Carolina's new immigration law have been blocked, putting a hold on enforcement of some of the law's most controversial portions until legal challenges can be heard in court.

The Post and Courier has solid reporting on the case as well as a link to the official immigration ruling. You'll find both here.

So far, not a good week for questionable laws in South Carolina.

Update 12/20/11: After three hours of hearing arguments on both sides of this divisive issue﻿ Judge Gergel promises a ruling by December 31st.

Locally, area police are preparing for the immigration law that may still take effect on January 1st of 2012. The law (SC SB 20﻿) basically makes it legal for officers who suspect a person may be in the country illegally whom they have already stopped for one incident (traffic violation, etc) to then ask them for their proof of residency -Green Card, Work Visa, Passport.

“We are not interested in getting into the business of profiling [...] We think [this law] puts an additional burden on local policing that is not necessarily needed﻿"

Read and watch SCnow.com's full report over on their website and check out an in depth report of yesterday's court proceedings over at the IslandPacket.com.

Hop on over to the Post & Courier for their full write-up.

The law, which is scheduled to take effect on January 1st of 2012 follows in spirit of similar laws passed both in Arizona and Alabama.

The law would "undermine federal law and invade federal authority by imposing punitive sanctions for conduct that falls outside of the state's police powers and that Congress affirmatively decided should not be subject to such sanctions. And it will interfere with and undermine the federal government's control over relations with foreign governments," officials argue, referring to the state trying to require the carrying of documents to prove residency.﻿

“South Carolina’s law clearly conflicts with the policies and priorities adopted by the federal government and therefore cannot stand,” the Justice Department said today as it announced the U.S. District Court filing.﻿

"It is understandable that communities remain frustrated with the broken immigration system, but a patchwork of state laws is not the solution and will only create problems," said Attorney General Eric Holder in a press statement.﻿

The originator of this immigration crackdown, Arizona has been in court with the Federal Government for sometime and has been blocked and remains on appeal. Similarly, the Alabama law is also been to court and only parts of their version has been blocked and is in Federal appeals court. ﻿

Moreover, the immigration law has had some serious effects on Alabama; from families leaving due to relatives being undocumented to threats against a Deli owner to crops dying on the vine because there are no workers who are willing to do the back-breaking labor for the minimal pay.

Read more on the law suit over at CNN and over at Business Week.