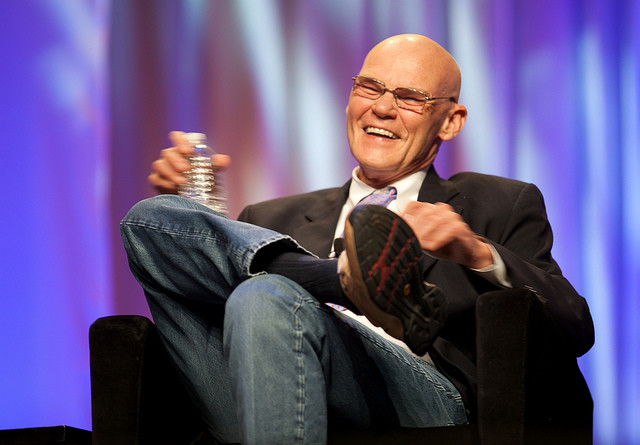 Update October 17th: Just a reminder that the SC7 debate is tonight, we'll be there with our best James Carville impression ready to go -well, maybe not out loud.

Remember, if you can't make it to the debate you can watch the whole thing on both WPDE News Channel 15 and WMBF News, but the pre-debate program featuring Carville and Matalin won't be televised and is for in-person guests only.

Get all the details below and check back tomorrow for our coverage of the debate.

The event, free and open to the public, will be held on Oct. 17 at Myrtle Beach High School. The 7th Congressional District debate will begin at 8 p.m., but the pre-debate program featuring national politicos James Carville and Mary Matalin will begin at 6:30 p.m.

“This is going to be an outstanding opportunity to hear the two candidates for the U.S. 7th Congressional district House seat address issues that are important to the Myrtle Beach area and entire Grand Strand business community. We are excited to offer this free forum to the general public during this critically important election for our area,”

- Richard Singleton, chairman of the MBACC board of directors

James Carville and Mary Matalin will lead the pre-debate program, offering their insights regarding the current political climate and upcoming elections to attendees. Carville, commonly referred to as ‘The Ragin' Cajun,’ is America's best-known political consultant. His long list of electoral successes shows a knack for steering overlooked campaigns to unexpected landslide victories and for re-making political underdogs into upset winners. He is also a best-selling author, actor, producer, talk-show host, speaker and restaurateur.

Matalin is one of the most celebrated and popular conservative voices in America. As an author, television and radio host, and widely sought after political contributor, pundit and public speaker, she is noted for her straightforward manner and insightful political wit. She served under President Ronald Reagan, and also as George H.W. Bush’s Campaign director. Most recently, Matalin acted as assistant to President George W. Bush, and as assistant and counselor to Vice President Dick Cheney, making her the first White House official to hold that double title.

The 7th Congressional district debate will also be broadcast live on two Grand Strand/Pee Dee television stations: NBC affiliated WMBF News and ABC affiliated WPDE Newschannel 15. The pre-debate program will be for event attendees only. MBACC and GSBA officials have said that while the debate will be free to attendees, a live broadcasting by two separate stations will provide greater access to Grand Strand and Pee Dee voters, giving them the valuable opportunity to hear from each of the candidates.

“Grand Strand and Pee Dee residents are excited about this new congressional district, and we know they’re eager to see someone representing their values in office. Being able to hear from each of the candidates and know their positions before the general election in November is critical,” said Mike Wooten, President of the Grand Strand Business Alliance. “If people aren’t able to attend the debate in person, they’ll be able to tune into two local channels to see the candidates live. It’s a great way to help voters become informed about the choices they have this fall.”

No registration or tickets are needed to attend the 7th Congressional district debate, but general seating will be offered on a first come, first serve basis.