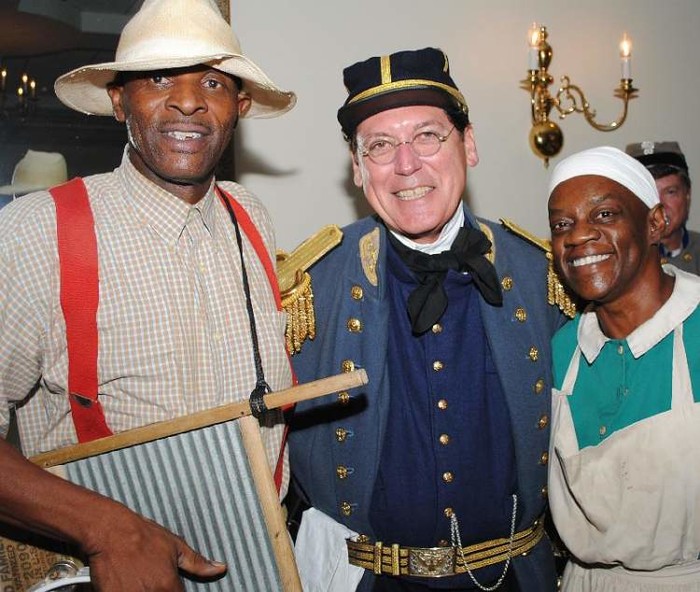 Image by National Federation of Republican Women Glenn McConnell seen here either not thinking clearly or not realizing this photo would make it online.

Updates at the bottom:

Photos of several South Carolina politicians, and namely our above photographed senator from Charleston, Glenn McConnell, are getting a bit of media attention.

This shot and others of folks like Gov. Mark Sanford were taken at the National Federation of Republican Women's Board of Directors meeting in Charleston dubbed "A Southern Experience" on Friday, September 10.

Do I think there's a real story here? No. Do I see why there's a bit of a fuss? Yes.

Do I think we really need to be giving the Daily Show any more fodder? I'm kinda mixed there, as the lampooning of our state does often prove quite funny.

Get the text and video report from WLTX in Columbia over here.

Check out the photos from the event here.

And a hat tip to FITSNews for seemingly being the first to spot this story and pointing out that this isn't the first photo of our Charleston Senator in Confederate wear to make the rounds. In fact, I recall another story about the Senator owning a $30,000 replica cannon.

“Tell me what is offensive about having the differing parts of the culture there? What are we going to try and do in America, sanitize history?”

State Sen. Glenn McConnell has responded to the photographs circulating through the blogosphere taken of himself dressed in Confederate general’s uniform with a pair of black re-enactors in dress in slavery era style clothing.

The Post and Courier has more on McConnell's response; read it here.

And The State has penned an even lengthier look into the photo, the tone of the night, and the status of the Civil War in South Carolina; read that piece here.