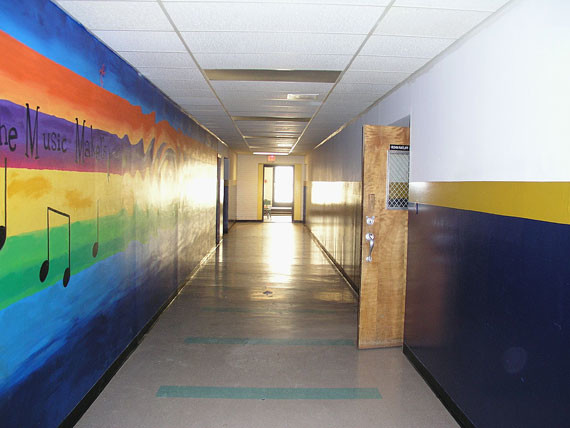 Update May 27: Though the bill didn't make it through this year, it's demise only came as the Legislature's session has largely ended, and it's probable the measure will be back next year.

And to that effect The Charleston City Paper's Greg Hambrick has penned a piece calling out "South Carolina's homophobic bigotry," and stating why text about gays should not be excluded from this measure.

The S.C. House has passed a bill that bans the discussion of gay relationships when instructing high school and middle school students about dating violence.

The bill was created to protect teens caught up in abusive relationships but an amendment by Rep. Greg Delleney, R-Chester, narrowed the bill to preclude same-sex couples with an amendment reading: "'Dating partner' means a person involved in a heterosexual dating relationship with another."

The State has the story about the bill and how it aims to help heterosexual couples. Read it here. -- Meanwhile The Charleston City Paper has followed up offers a local focus, particularly on how local reps voted. Read that here.

The bill now heads to the Senate.

Update May 19: A rally will be held in Columbia to protest the exclusion of gays.

The public is invited to join legislators and social justice organizations at a press conference to speak against the discriminatory amendment that was added to H-3543. The event will be held tomorrow, May 19, at 11:45am in the upstairs lobby of the State House.

“This well-intentioned bill has been subverted by legislators more concerned with scoring points in the culture war than in protecting the well being of this state’s children,” said Rep. Gilda Cobb-Hunter.

Rep. Cobb-Hunter and Rep. Ken Kennedy will be joined by Harriet Hancock of Columbia’s chapter of Parents, Family and Friends of Lesbians and Gays, and representatives of other Midlands social justice organizations to speak against the amendment.